Wales back-rower Ross Moriarty could miss the start of the 2021 Six Nations after having ankle surgery which will rule him out for around eight weeks.

The Dragons player was injured while training with Wales and then released from their Autumn Nations Cup squad.

Dragons director of rugby Dean Ryan hopes the 26-year-old will be back playing by the end of January.

Wales begin their 2021 Six Nations campaign at home to Ireland on 6 February.

Moriarty, who was selected for the 2017 British and Irish Lions tour, has won 44 caps for Wales but played no part in the Autumn Nations Cup because of his ankle injury.

He had an operation earlier this week and said in a post on his Instagram account: "All has gone well with the op and the road to recovery begins." 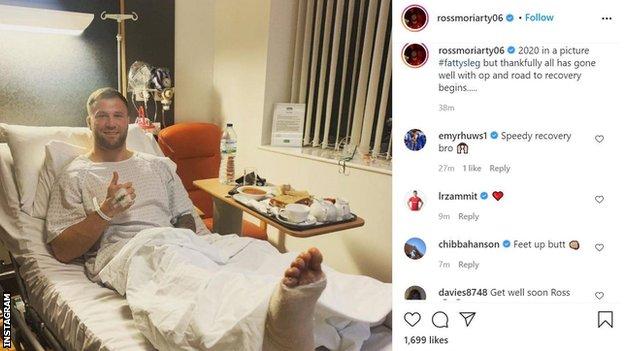