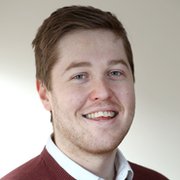 Ulster head coach Dan McFarland believes his side are better equipped for a European Champions Cup quarter-final than they were 12 months ago.

The Irish province booked their place in the last eight for a second straight year with a workmanlike 22-15 win over Bath at Kingspan Stadium on Saturday.

"If we play as well as we can, we're in a better position definitely," said McFarland.

"But if we don't, we're not far away from losing comfortably."

As was the case a year ago, Ulster face an away quarter-final having secured one of the three group runners-up qualifying spots, however this time they will face French Top 14 champions Toulouse.

Ulster edged out by Leinster a year ago

In 2019 they produced an excellent performance to take Leinster all the way to the wire in their last-eight tie at the Aviva Stadium, but ultimately fell short against their inter-provincial rivals.

While this season has brought an improved performance level in both Europe and the Pro14, Ulster find themselves in the same situation in terms of their knockout aspirations.

Regardless of their last-eight opponent, the province will go into the game as underdogs knowing only a win would deliver a tangible improvement from their efforts a season ago.

"At the top of our game I think we are [better equipped], but I don't think that we can win a quarter-final away from home unless we play at our absolute best," McFarland said.

"That'll be the focus when we've moved through a whole chunk of [Pro14] games.

"There will be no lack of enthusiasm in doing that."

'Our attack is better now'

Five wins from six European games makes for satisfactory reading for Ulster supporters, who can be pleased that their side have successfully elevated their standing since McFarland's arrival.

However this season, amid receiving plenty of plaudits, McFarland has preached caution that his side are a work in progress and that they are still not considered among Europe's elite.

The head coach does however believe that his side are on the right trajectory and has seen improvements in several facets over the last year.

"Our attack shape and our ability to prize open defences is better now, I think our defence is definitely better now," he said.

"Our kicking and our aerial game has progressed in the last two months, albeit last week and the week before we weren't great."

With Ulster set to lose eight players to Ireland's Six Nations squad, and wing Robert Baloucoune who will train with the international side as part of a development programme, the province will enjoy nearly a month's break from competitive fixtures.

They are next in action against Ospreys in the Pro14 on 15 February.