After finishing bottom of their pool two seasons previously, Leinster completed a remarkable turnaround by lifting the Champions Cup for a record-equalling fourth time in Bilbao in May.

Their defence started impressively on Friday with an eight-try 52-3 demolition of Wasps in this season's tournament opener.

English champions Saracens, who won the Champions Cup in 2016 and 2017, clearly have the pedigree to challenge for European rugby's biggest prize again.

And Exeter and big-spending Montpellier also have big aspirations.

But do any of them have what it takes to wrest the title away from the Pro14 champions?

Jamie Heaslip, who called time on a hugely successful career as Leinster and Ireland number eight in February, joined former Lions, England and Harlequins wing Ugo Monye and BBC rugby union reporter Chris Jones to run the rule over the champions, challengers and ones to watch in this season's competition.

Who is going to win?

Jamie: Leinster - The way senior coach Stuart Lancaster has the team playing is a way ahead of some of their rivals. They go up against some teams that are a lot bigger than them physically but move the ball so quickly from the point of contact that the big teams are not able to set their defensive line.

They play and train at such a fast pace, I don't know if anyone else is doing that. It will be tough but the guys are quite used to that and they will relish it. They will not get cocky or arrogant, they are a really good group with an even better culture.

Ugo: Leinster - They will win their pool and, with a home quarter-final, they are only a couple of games away from being back in the final.

It is a slightly different experience this year with everyone chasing them, but they have too much experience and strength in depth, especially with so many of their players peaking to fight for a place in the Ireland World Cup squad.

Chris: Exeter - Rob Baxter's men have a tricky pool, but I think they will win it and march on from there. Do they have the firepower and class to conquer Europe for the first time?

Who else are contenders for the title?

Jamie: I am scared of Racing 92. The additions they have made in the summer are strong and they also have Jordan Joseph, who is just 18 and was a monster number eight in France's World Under-20 Championship win. What they are developing there is exciting.

Ugo: The big question around Saracens is are they able to juggle the Premiership and Champions Cup? After doing the double in 2016, something has given on either the continental or domestic front in each of their last two campaigns.

They have an incredible squad, though, and they've made history at the start of the season, becoming the first team to start a Premiership campaign with five straight bonus-point wins.

Racing 92 have started the season well, chalking up some big wins against Castres, Stade Francais and Toulon in the Top 14, and have added to an already decent squad. Simon Zebo is enjoying life in Paris and has scored six tries already.

And Montpellier, with the backing of their owner Mohed Altrad, will be zeroing in on the one trophy they really want. They have always got a chance with Fijian Nemani Nadolo on the wing. They have consistently threatened and, after disappointing pool-stage exits in each of the last two seasons, you feel they might have extra focus this season.

Chris: Given the depth of their squad and their winning experience, Leinster should be clear favourites to repeat last year's success. Same can be said of Saracens. Both have a high-class playing and coaching staff and will surely progress into the latter stages.

Last year's beaten finalists Racing 92 will head the French challenge, with previous giants such as Toulon struggling and Clermont not even qualified. Elsewhere, Vern Cotter's Montpellier have the tools to go all the way. 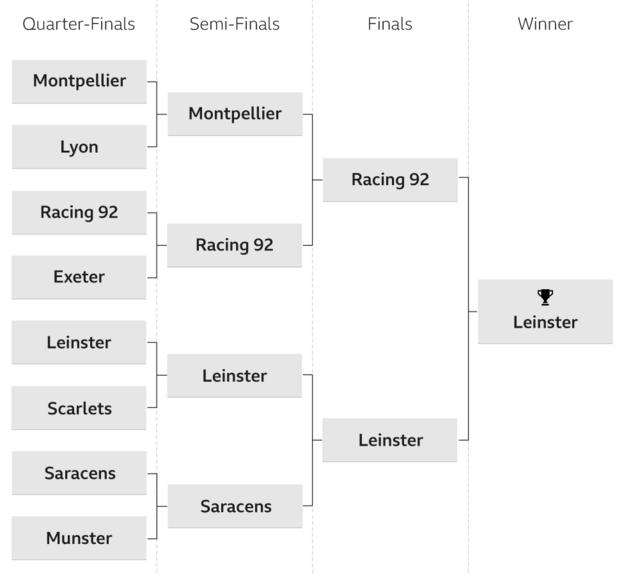 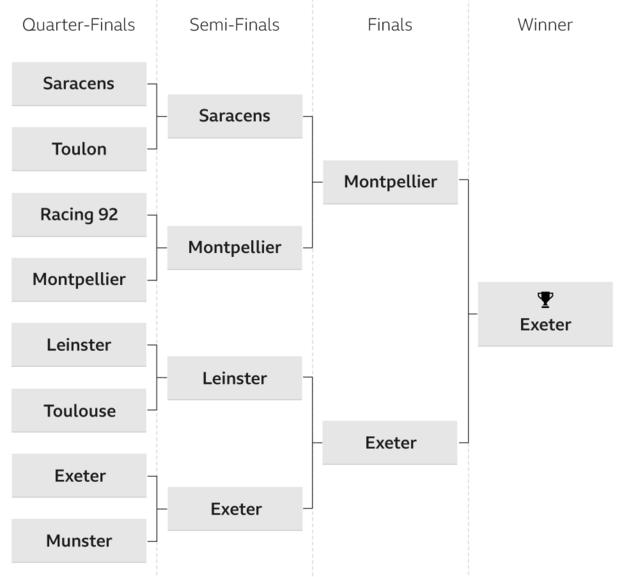 Jamie: Lowe had a long season after making the switch from the southern hemisphere, but he is coming in fresh and firing this campaign. He will thrive in the free-flowing environment that coach Lancaster is encouraging. He is a big man who can finish. Give him a metre of space and he is going to run straight over you, but he also has the skill to go round you or get the offload away instead.

Ugo: Nakarawa was named third in a rundown of the world's 100 best players by Rugby World magazine in February and it was fully deserved. The Fiji lock does things that no other second row on earth can do, improvising basketball-style offloads out of the tackle to keep the defence guessing. He clocked up 22 offloads in last season's competition, nearly double what anyone else managed. He is an all-round athlete as well, as proved by his gold medal in the Olympic sevens in Rio.

Chris: Leinster's relentless accuracy in contact and at the breakdown was central to their success domestically and in Europe last season, with the likes of Leavy and James Ryan leading the way despite their inexperience. Even though they have numerous options in the back row, Leavy will play a huge part in the defence of Leinster's title.

Chris: The 19-year-old Toulouse fly-half is the son of former France star Emile and is part of a crop of insanely talented French youngsters who powered past England on the way to winning the World Under-20 Championship in the summer.

Chris: Fresh from a breakthrough year, uber-reliable centre Parkes is critical to the Scarlets' chances of repeating last season's success, when they reached the semi-finals.

Ugo: The decision to take the final to St James' Park is brilliant. It was an experiment to go to Bilbao for last year's and that worked really well.

St James' Park hosted three games during the Rugby World Cup with more than 50,000 at each, the Falcons played Northampton there in March in front of more than 30,000 and England are heading up there to play Italy in September 2019 as well.

It is an iconic stadium in England and the ticket sales speak volumes, with more than 30,000 already sold. It is great to see rugby broadening its horizons and going to new territories.

Chris: Channel 4's move into the rugby market means a handful of Champions Cup matches will be broadcast on free-to-air TV this season. This is highly significant given how long the European Cup has been subscription only. The aim is to force the club game - so often in international rugby's shadow - into the sporting mainstream.

259 comments
Back to top
unknown