The SRU is also continuing its partnership with French side Stade Nicois, to whom it will send six male players for the 2018-19 season.

"They are about providing a flexible, athlete-centred approach that works for each individual and their ambitions in rugby and beyond," said the governing body's head of women & girls rugby, Gemma Fay.

"Having players training and playing in a more competitive environment, more often, can only be good for Scotland Women and the women's game more broadly." 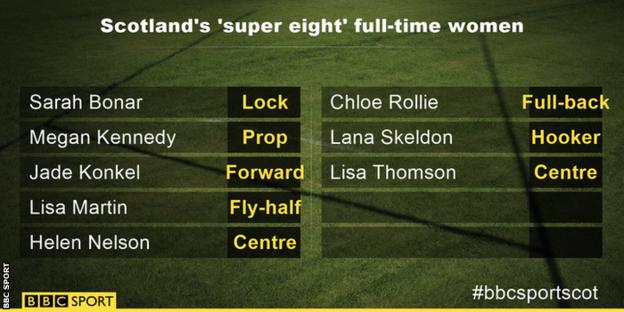 Scotland back-row Tyrone Holmes remains with Stade Nicois for a second season, combining his playing duties with a strength and conditioning coaching role.

"We received some very positive and regular feedback on the contribution the on-loan Scots made to the campaign," said Scottish Rugby's technical director, Stephen Gemmell.

"As the club moves into a higher league we have identified a new group of players who will have the opportunity to develop their careers and broaden their wider experience through living and playing in a different country."