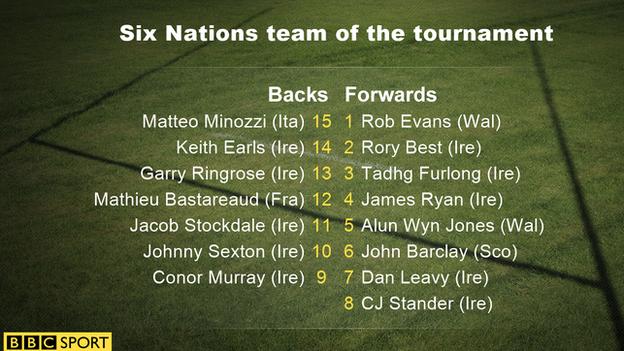 Ireland won only the third Grand Slam in their history as they claimed all the prizes on offer in the 2018 Six Nations Championship.

Wales were the best of the rest, while Scotland secured three victories for the second successive season to take third - but how many green shirts were they able to keep out of the Rugby Union Weekly podcast's team of the tournament?

A typically unpredictable France side just finished ahead of last year's champions England, who slumped to fifth, and Italy collected a 13th wooden spoon. Which of these nations failed to provide a single player for the line-up?

Former England and British and Irish Lions wing Ugo Monye and BBC commentator and reporter Chris Jones have chosen their starting XV. Have a look at their selections below... 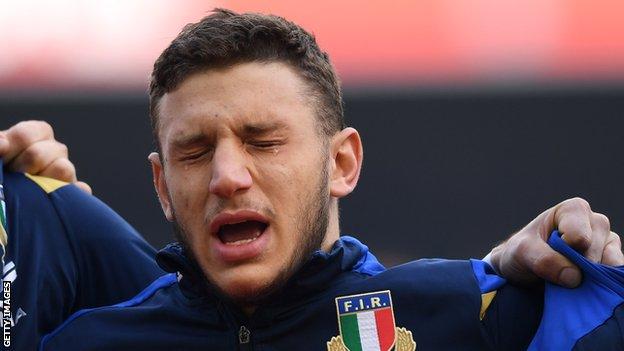 UM: Four tries in Italy's past four games, the first Italian player to do that. It's been a brilliant breakthrough season for the 21-year-old in a losing cause. He is one of the reasons head coach Conor O'Shea is so optimistic about Italy's future. 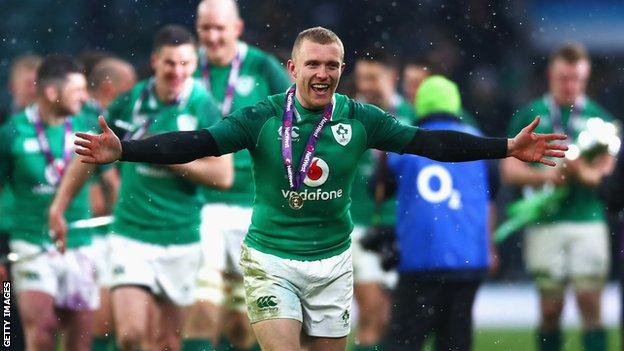 CJ: Ireland coach Joe Schmidt named Earls on the podcast as a player bang in form before the tournament, and while Jacob Stockdale has been ripping up trees, the Munsterman has been all class on the other wing. A constant threat going forward and capable of vital defensive plays, such as his desperate tap-tackle on Elliot Daly against England. 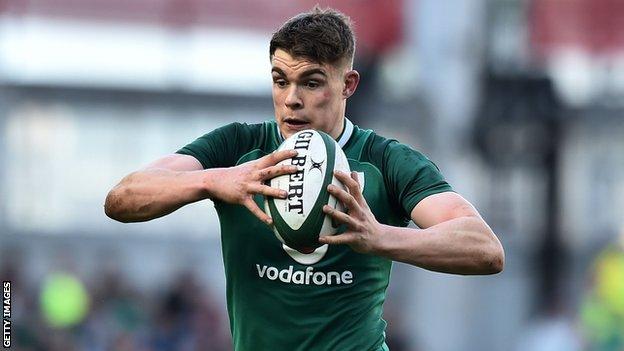 UM: I know he only played two matches, but he was unbelievably good against Scotland - dominating the previously outstanding Huw Jones - before scoring a try in the Grand Slam game at Twickenham. He is an exceptional talent, reiterating the strength in depth Ireland have built. 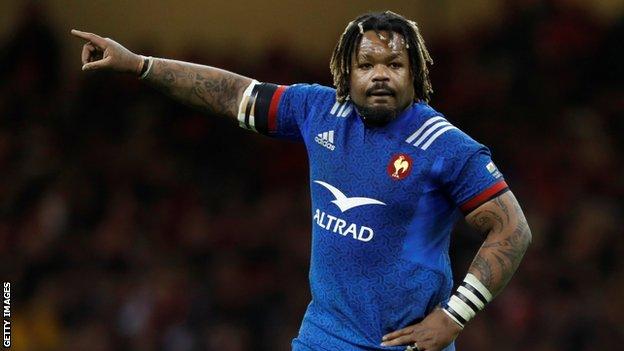 CJ: A man who was in the headlines for the wrong reasons before the tournament showed on the pitch why successive France coaches keep on returning to this unique and talented centre. He was a force of nature against Italy and England, is strong over the ball and sometimes unstoppable going forward. Hadleigh Parkes deserves a mention after a quality debut Six Nations for Wales, as does the consistently excellent Owen Farrell.

UM: Seven tries from the man who is having an incredible debut season in international rugby. He has not lost a game in an Ireland shirt, has smashed the Six Nations try-scoring record - and now has a Grand Slam.

UM: He could be in the team for that drop-goal in Paris alone, which set up Ireland's Grand Slam campaign. The lack of a Slam was previously a hole on his CV but that has now been deservedly filled by one of the modern-day greats. 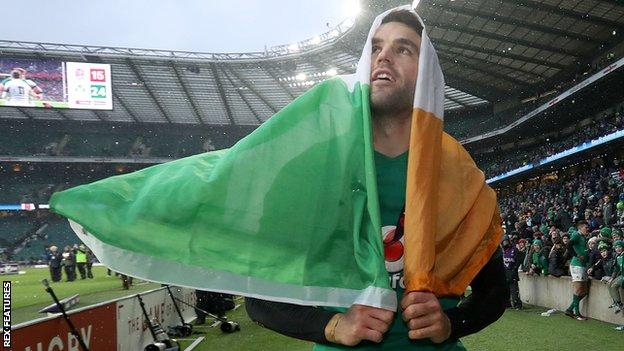 CJ: Murray needs to be in this team alongside his partner in crime Sexton at half-back. Composed, authoritative, accurate - and Murray even stepped up to kick some crucial goals when required. World class. 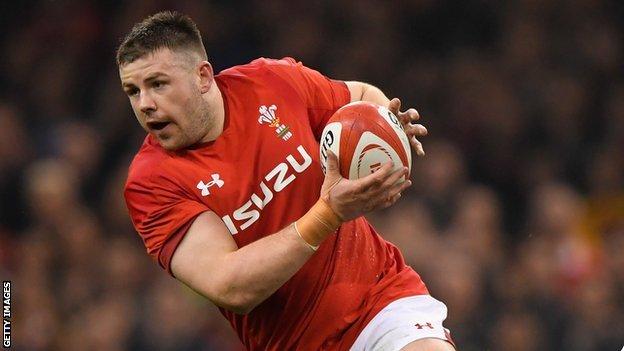 CJ: Part of a Wales and Scarlets front row starting to excel with the ball in hand as well as at the set-piece. Just edges out Ireland's Cian Healy. 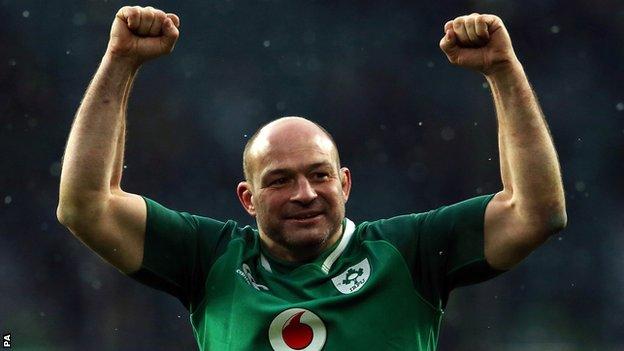 UM: Guilhem Guirado has been excellent for France as a hooker and captain, but we cannot leave out the Grand Slam-winning skipper. He is a pillar for Ireland on and off the field. 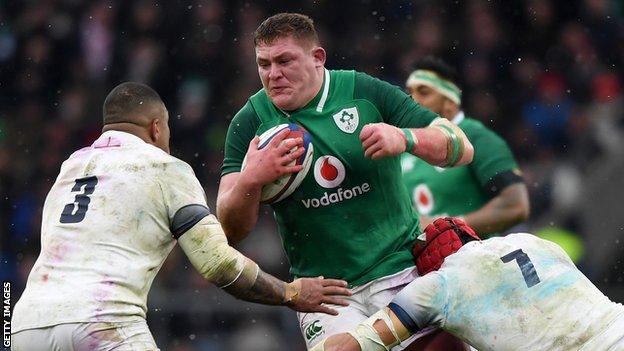 UM: We have had a running debate on the podcast about whether this guy will go down as one of the great tight-head props of all time - he is certainly one of the best in the world at the moment. He finished the championship with a man-of-the-match display at Twickenham, which included a delightful ball to Bundee Aki to set up Stander's crucial try. 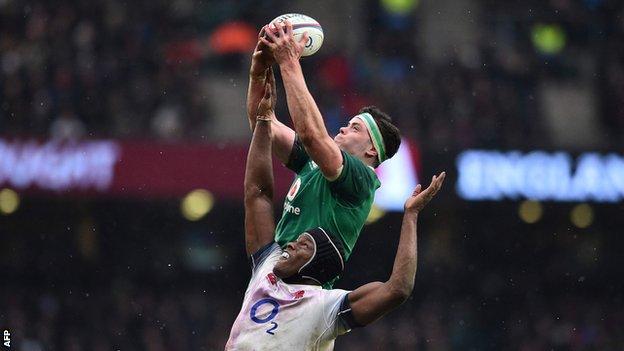 CJ: While the Grand Slam is the crowning glory for the likes of Best, Murray and Sexton, Ryan is part of a new breed of Irish players who have looked to the manor born at Test level and become accustomed to winning. The 21-year-old has the potential to be a lock for the ages.

CJ: 117 caps and counting, Jones continues to be an inspirational lock and leader for Wales, with a typically relentless shift against France. He is surely now in every conversation when it comes to all-time Wales greats. His second row partner Cory Hill has also proved himself, while Ireland's Iain Henderson was outstanding against England.

CJ: Scotland were not quite able to kick on from their stirring Calcutta Cup triumph, losing in Dublin and scraping past Italy, but their skipper has stood out on the flank. Brilliant in victory against England; a real leader of men. Sebastian Negri has also been outstanding for Italy, as has Aaron Shingler for Wales. 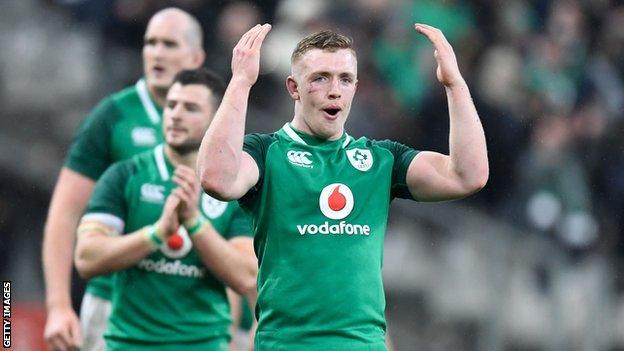 UM: With so much focus on the breakdown this Six Nations, Leavy has been outstanding for Ireland in the loose and the tight, filling in superbly for the injured Sean O'Brien - another indicator of the growing Irish depth. Hamish Watson also deserves a mention for his work on the floor. 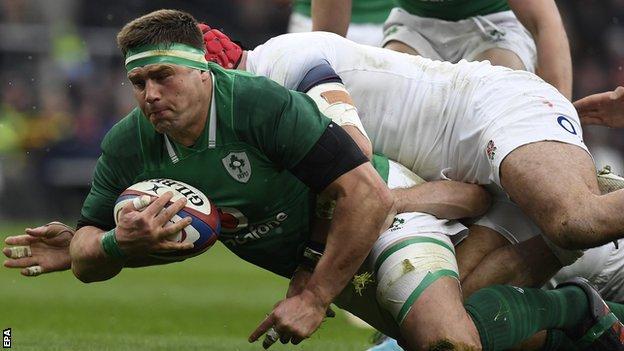 CJ: A relentless presence at the back of the scrum for the champions, he capped his campaign with a decisive try against England. His tally of 96 carries across the tournament was the second most ever. The previous best was 104 in 2017 which was set by… CJ Stander.