When you go abroad, not many care to remember the journey part. It's the least exciting bit. But Newcastle Falcons won't forget their trip to Tbilisi in a hurry.

The Premiership club are due to play a Challenge Cup pool match against Russian club Enisei in Georgia on Saturday.

Having flown to neighbouring Turkey, all was going well with their journey until the team coach got stuck in a ditch in Istanbul.

Soon afterwards, the club posted a video on social media of players and staff attempting to shift the stricken vehicle - without success. 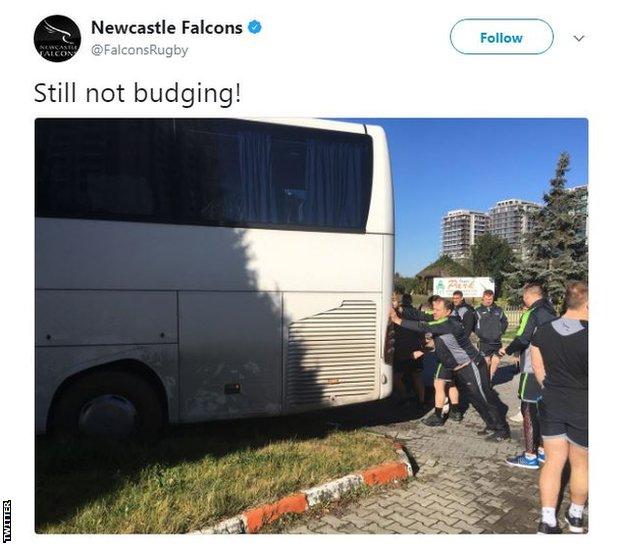 Thankfully, it wasn't too long before a replacement vehicle was found and the team continued with their journey to Istanbul Airport... 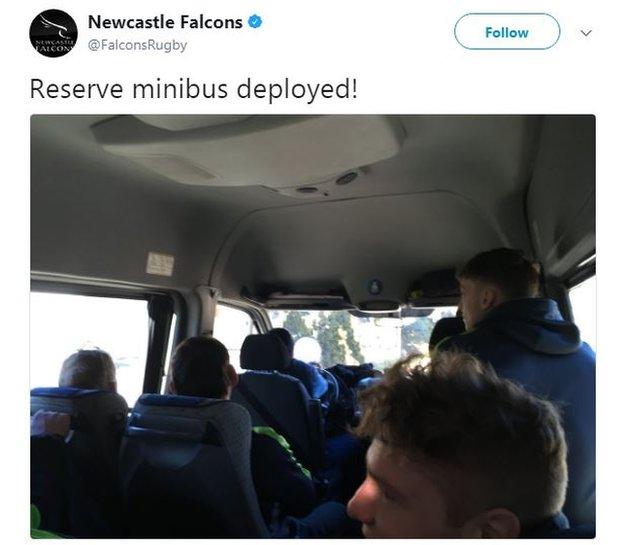 Fellow Premiership club London Irish are also playing in Tbilisi on Saturday as part of a double-header at Avchala Stadium.

Newcastle have won all five of their Challenge Cup pool matches to secure top spot in their group.

Hopefully the trip to Kingston Park for their home quarter-final at the end of March will be a little less eventful...