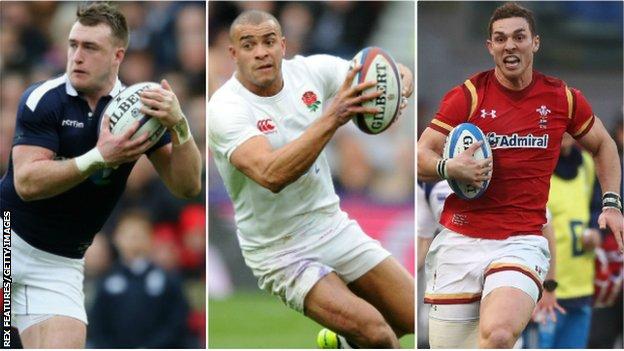 Jerry has picked out the best fast-footed steppers in the championship in the last of his Six Nations features on rugby archetypes.

These are the men who can sidestep you in a phone box, the ankle-breaking flyers who leave even the best defenders lying face down in the grass with twisted blood wondering what just happened.

The current crop may have some way to go to rival the likes of all-time greats Jason Robinson and Shane Williams, but there is no doubt they get the blood pumping among the fans when they leave tacklers strewn in their wake as they zigzag their way to the line. 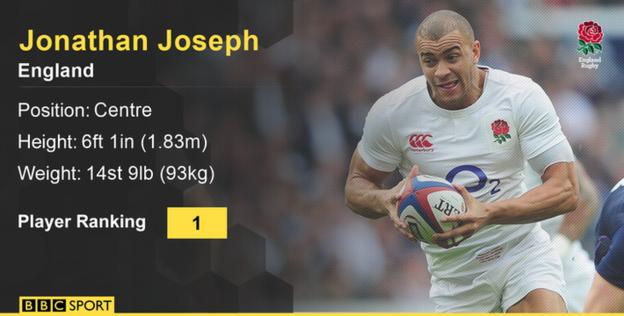 The man they call JJ had a slow start to the season and was given a gentle reminder when he was rested for the Italy game and sent back to Bath, but he confirmed against Scotland that he has the most sizzling footwork on show in the tournament.

Everyone witnessed the England outside centre's devastating footwork last weekend, some - such as Alex Dunbar and Stuart Hogg - from very close up.

Unlike some players he does not seem to have favourite side, rather he steps one way to see how the defender reacts and then goes the opposite way - it all happens very quickly, leaving defenders lead-footed. 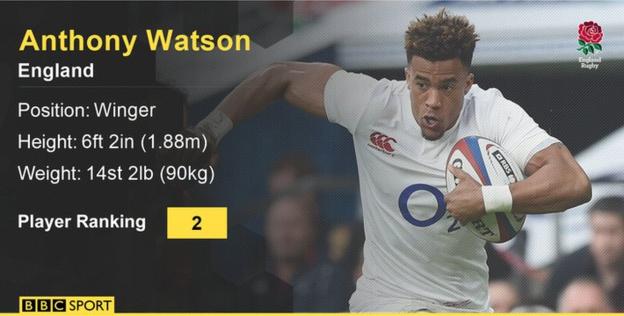 The England winger has been sidelined by injury for much of the tournament and so has had limited chances to strut his stuff, but he oozes class and will get the chance to show off his 'cat on a hot tin roof' qualities as England chase all manner of accolades against Ireland on Sunday.

Watson is quick in a straight line - even though ex-England flyer Ugo Monye is convinced he could take him over 100m - but explosive when stepping.

He has got a strong all-round game but it is the 23-year-old's lightning footwork that lights up matches. 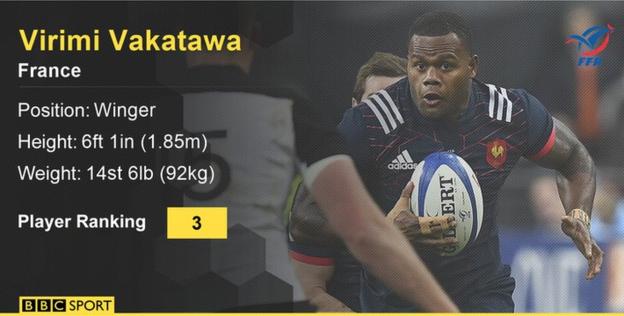 The fast-stepping flyer from Fiji is one of rugby's most celebrated archetypes, and Vakatawa - who was raised on the island having been born in New Zealand - more than fits the bill.

Fijians have it in their rugby DNA to step comfortably off either foot while maintaining their speed - and it's glorious to watch.

Vakatawa, who also plays sevens for France, is a natural attacker and although he has not lit up the tournament in quite the way he did last year, he is undoubtedly one of the best steppers in the game and deserves the number three spot on my list. 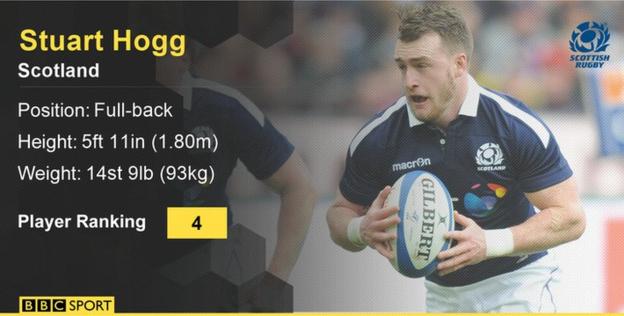 He might not be quite as flamboyant as some on this list with his footwork, but anyone who has seen Hogg slice his way through defensive lines with a step off the left or right, followed by explosive acceleration and lively top speed, knows how dangerous he can be.

He sometimes uses both feet to accelerate, putting in a little jump before springing forward as the two firmly planted feet give him extra thrust.

The Scotland full-back is many people's favourite to take the Lions 15 shirt this summer and his percussive footwork, allied to his all-round skills, would make him a fine addition. 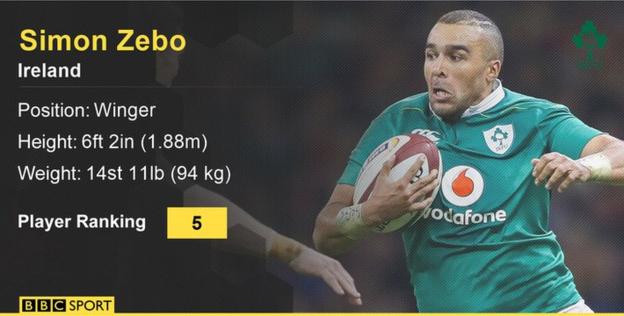 Zebo is a stepper, but not necessarily in the ordinary sense. Yes, he can sidestep as well as most but the talented Ireland winger also likes a little hitch kick on occasions, the stop and go move enabling him to beat men on the outside, as well as the odd spin to disorientate the opposition.

His combination of long and short strides and that deceptive running pattern is part of a pretty full armoury.

And although he has reined in his more maverick talents in order to fit into head coach Joe Schmidt's Ireland patterns, anyone who has ever seen his audacious backheel flick four years ago will know this is a man who is a threat every time he has the ball. 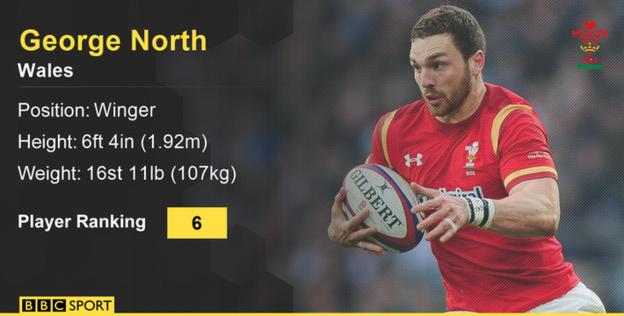 He's the biggest man in this list by some distance but anyone who thinks the 6ft 4in Wales winger is a straight-ahead bosh merchant doesn't understand what North is all about.

Yes, the 24-year-old can dish out a beasting if required and go straight over the top of defenders, but he'd rather step (often quite subtly), brush past tacklers now they are off balance and then burn them on the way to the line.

He is another who employs the split-step sidestep, jumping up before thrusting off two feet, and he generates a lot of power when he steps off his right foot.