It might sound a curiously mealy-mouthed thing to say about a team that have won their past 17 matches and sit atop the Six Nations table with consecutive Grand Slams a genuine possibility, but England's rugby team might have a problem.

It's clearly not the results. Beat Scotland at Twickenham on Saturday and they will have matched New Zealand's all-time tier one record for consecutive victories. It's not the way they finish games; under coach Eddie Jones, they have scored a cumulative 102 more points in the final quarter of matches than their opponents.

It's what's been happening at the other end of the games that is raising eyebrows among critics and hopes among their opponents.

Scoreless at home against Italy after 20 minutes, struggling to kick from hand, giving away set-piece penalties; 9-3 down to France, with a man in the sin bin; 10-0 down to Australia last autumn after 17 minutes, their opponents with 97% of the territory and 87% of the possession. 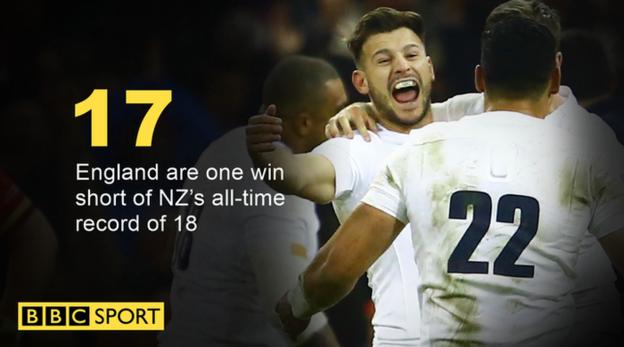 You might say it doesn't matter. All those games were won. Against Wales in Cardiff England led 8-3 after the first quarter, with 74% of the possession. How could anyone complain when England have won their past 10 Six Nations matches, and are about to take on a team who haven't won in south-west London in 34 years?

Jones, all those years of international coaching with four different nations whirring away in his brain, thinks otherwise.

Part of that is about standards. This is a team he wants to win the next World Cup in 2019. Give the All Blacks a head-start and you are unlikely to catch them. Part of it is much more short-term: Scotland's revival in Vern Cotter's last year in charge is genuine. They are outsiders once again this weekend, but seldom in those 34 barren years have they travelled in such form.

"Mate, if I knew I'd fix it," Jones said when asked this week if he had worked out what was going wrong in those opening exchanges. "And I haven't been able to fix it, so I don't know."

"It's something we have been mentioning over the last few weeks," winger Jack Nowell told BBC Sport. "We've got ourselves out of jail a few times now - it is about a fast start, and putting our game on them first."

England's replacements - the finishers, as Jones likes to call them - have done that jail-breaking to perfection. According to Opta, the men off the bench have created more tries than those of any other nation (three scored, two assisted), made more carries, conceded the fewest turnovers and shipped only one penalty (Scotland's replacements have conceded six, France's seven).

It's a wonderful asset for the coach to have. With a bench on Saturday that includes both Vunipola brothers, Jamie George, the returning Anthony Watson and the thundering Ben Te'o, it could be decisive once again this week.

It does not mean the starters cannot be expected to match those same standards. Dig a hole often enough, and one day you might not be able to climb out of it.

"It becomes a case of, are you riding your luck?" says Paul Grayson, the former England fly-half who is part of BBC Radio 5 live's commentary team at Twickenham this weekend.

"The Italy game was as bad an opening quarter as we've seen from an England team under Jones - and that was nothing to do with 'ruckgate' (when Italy's tactic of not committing to rucks befuddled England). They were just nowhere near it mentally.

"Maybe that's a timely wake-up call, because when winning becomes supposedly routine, even if you get away with a couple, you've still got to find a way to motivate yourself. If England are not quite there mentally, they look ordinary, and at some point soon they will lose."

Who can still win the Six Nations? 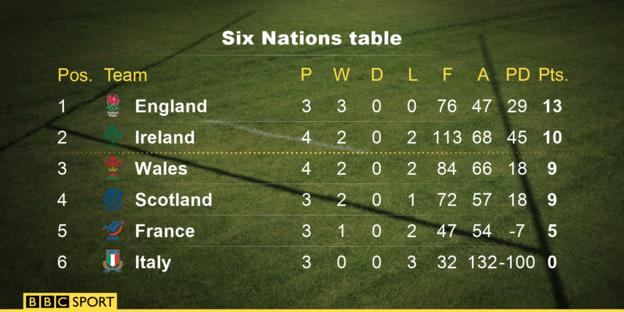 "England need to start fast," former British and Irish Lions winger Ugo Monye told 5 live's Rugby Union Weekly podcast this week. "They need to get the crowd on their side - three points, six, nine, score a try, shut out Scotland, and put a seed of doubt into their minds.

"Scotland come down here with their fanfare and the bagpipes and their confidence, and everyone is aware of their threat, and if it's a close game you might just have the Twickenham crowd turning on their players a little bit."

Jones has been in ornery form this week, irascible in his media conferences, hard-nosed with his players on the Pennyhill Park training pitches.

"It's an 80-minute game. We've got to be ahead at the 80-minute mark, and that's what we're aiming to be against Scotland.

Jones, a self-confessed cricket nut, might enjoy another analogy: a pair of opening batsmen playing and missing on the first morning of a Test match, the opposition fast bowler fired up and the new ball seaming and bouncing past the outside edge.

What does it matter if they are 80-3 at lunch if by the close they have put on 300 for the loss of only one more wicket?

"Ian McGeechan, when he was coaching Northampton and telling us how he wanted us to play, brought up the example of Wigan's very successful rugby league team," remembers Grayson.

"Every team that played Wigan wanted to beat them. They would be totally up for it, and they would go toe-to-toe with them. They got to half-time, and it would be 10-8, or 6-6, or they would only be four points down.

"Then they would get into the second half, and as that effort left them tired and weakened, they would roll over and Wigan would score 40 points.

"I used to think, what does a game look like after 20 minutes? If I can get some points on the board, great; if they've thrown a few shots and we've had to defend for a while and they haven't got much out of it, no problem, we'll see you in the last 10 minutes of the first half and the last 15 minutes of the contest.

"The opposition are always going to be at their most obstinate and most up for it in that period. Yet, barring the Wales game, England haven't had too much flow in attack in the early part of their games. It's always difficult, but if you're the best side in the world, you do it. The All Blacks always manage to come out of the blocks."

Such has been the impact of England's replacements that the impression is that Jones has enviable strength in depth. He does - at prop and hooker, at scrum-half, on the wings.

But it is not true throughout the team. England's Test cricket team often find themselves early wickets down because they have struggled to replace Andrew Strauss alongside Alastair Cook. They can struggle on turning pitches because no-one who has come into the team has been able to match the impact of world-class spinner Graeme Swann.

"Nathan Hughes looks like the Billy Vunipola of three years ago," says Grayson. "Likely to last 50 minutes or do 30 minutes off the bench, do two or three good things but also disappear for a while.

"And that makes a massive difference. Take Lawrence Dallaglio out of England's World Cup-winning team and put in another number eight, and what do they look like? They're just not quite as big or powerful or dominant or vocal.

"When Dallaglio wasn't playing, England weren't quite the same. And I think that Vunipola is at that point. He's an 80-minute player heading to world class. And they just haven't got that otherwise.

"Billy has been out and with Chris Robshaw being out, that's two-thirds of your first-choice back row. That's a huge loss to England, because they don't have that many great back-row players." 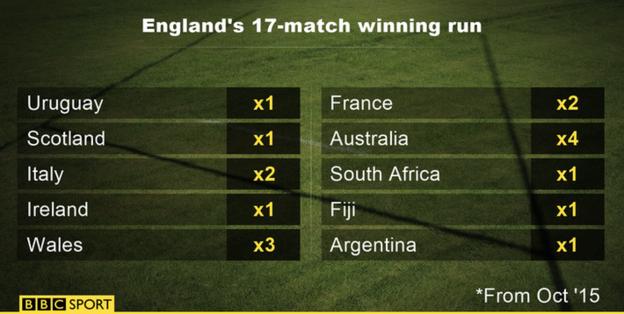