Italy earned their first victory over South Africa in their 13th meeting with a tense win in Florence.

Italy thought they had sealed the result two minutes from time when Marco Fuser crashed over after a driven maul but the try was ruled out for an Italian foot in touch.

The home side had lost all 12 of their previous encounters with the Springboks, dating back to 1995, all by 16 points or more.

Former Ireland full-back and Harlequins director of rugby O'Shea said: "I'm very happy for the players and the fans. For us, it's just the start but it's a very good one and we have a lot to do to change rugby in Italy,

"Today we rode the rollercoaster and we survived by sheer heart and courage. They weren't just brave, they were heroic."

Defeat heaped more misery on the embattled South Africans who in the past six weeks have suffered their heaviest home loss at the hands of New Zealand, only drew with the Barbarians, and lost to England 37-21 last weekend - their first defeat by the English for 10 years. 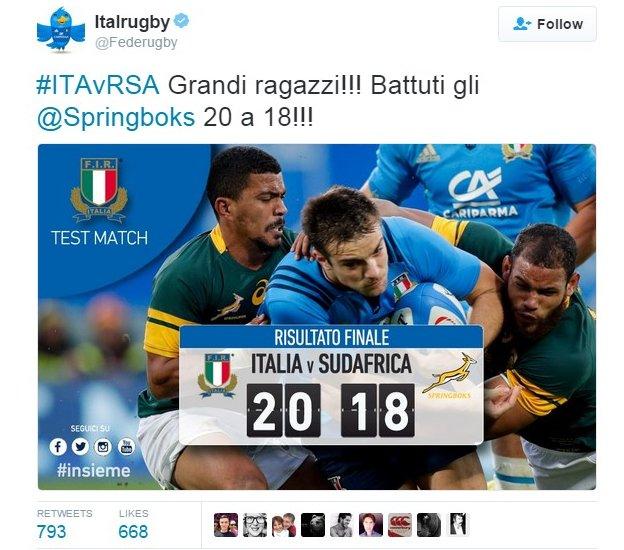