Danny Care and Mako Vunipola will start for England as they attempt to secure their first Grand Slam title since 2003 by beating France in Paris on Saturday.

Youngs and Marler are on the bench as England make two changes to the XV that started in the 25-21 win over Wales.

England head coach Eddie Jones said: "We've picked our best 23 who we know can get the job done in Paris."

Marler drops to the replacements despite being cleared to play at the Stade de France late on Wednesday evening following a disciplinary hearing.

Marler apologised to Lee at half-time after calling him "Gypsy boy".

George Ford retains the fly-half jersey with Owen Farrell at inside centre and Manu Tuilagi, who came on at 12 last week with Farrell moving to 10 and Ford being replaced, once again on the bench.

"While we are pleased to have already won the Championship, we don't want to let our foot off the gas," said Jones.

"The objective has always been to win every game, to be the most dominant team in Europe, so it's been very important for us to approach this week with the same level of intensity we have shown in previous weeks." 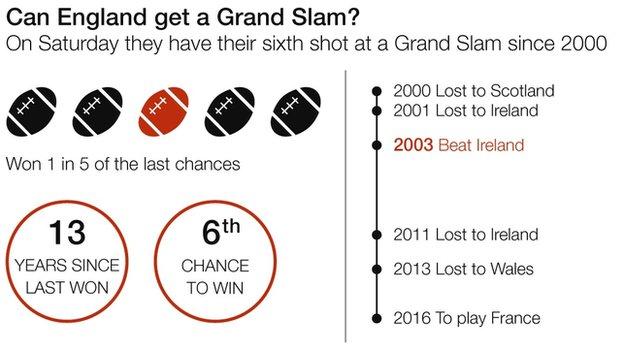 France coach Guy Noves has responded to last weekend's defeat by Scotland by drafting Loann Goujon and Bernard Le Roux into the back row.

Flankers Yacouba Camara and Wenceslas Lauret are dropped following the 29-18 loss at Murrayfield, but the rest of the side is unchanged.

"We need to bring the freshness in the team for Saturday's game," said Noves. "I am sure that our team can take on great challenges. I believe our team can compete with the power of the English."