The 27-year-old, capped 20 times by England, said in December that he would take a year out from the game once his Saints contract expired in the summer.

He won the Premiership and European Challenge Cup in 2014 but knee, shoulder and lower-back injuries have limited club and country progress.

"I've had some amazing highs and some frustrating lows," said Corbisiero.

"I have always been well looked after and supported. It's been an honour to be part of such a special group of players and I wish them all the best."

Saints signed British and Irish Lion prop Corbisiero from London Irish in 2013, where the United States-born loose-head had progressed through the club's academy to play 79 first-grade games.

However, fitness curtailed his Saints outings to just 30, and knee surgery this season has ruled him out of the current campaign thus far.

"Alex has made a big contribution to the Saints, on and off the pitch, and we've all been frustrated that he has not been able to make a consistent run of appearances in the first team," said director of rugby Jim Mallinder.

"We wish him success in whatever he decides to do in the future." 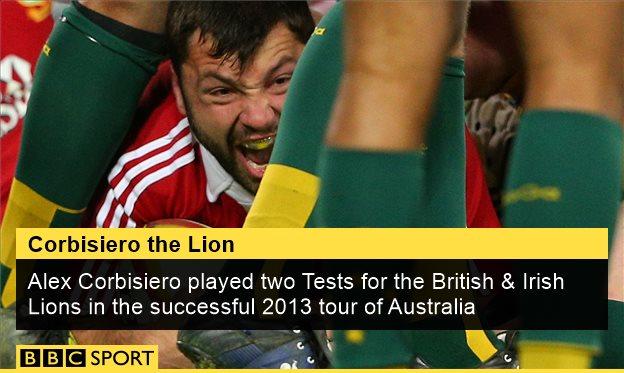