The 2015 Rugby World Cup starts in less than two weeks, when hosts England play Fiji at Twickenham on 18 September.

Reigning champions New Zealand will go into the tournament well clear at the top of the international rankings and favourites to retain their title.

But England head coach Stuart Lancaster says a handful of other teams - including both Wales and Ireland, as well as his own charges - are serious contenders to lift the Webb Ellis Cup.

With all the home nations having played their final warm-up matches, we assess their credentials heading into the biggest event on the rugby calendar. 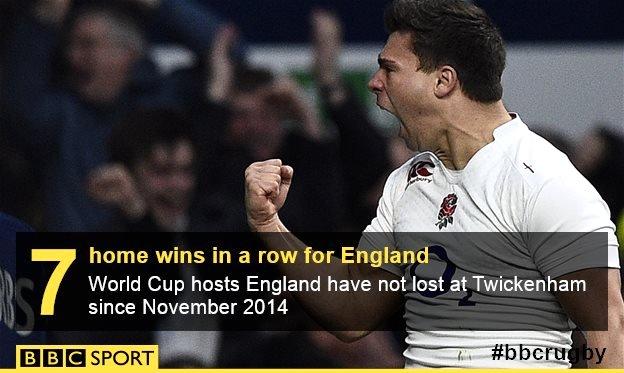 The tournament hosts will be delighted to be heading into the World Cup with a 21-13 win over Ireland, although there must still be a few doubts floating around the camp.

After an electrifying start against Ireland in which they played with pace and width, England lost control of the game at the start of the second half as Ireland scored 10 unanswered points.

Coming after their feeble showing in the first 70 minutes of the previous match against France it suggests a worrying level of inconsistency.

On a more positive note the first-choice midfield of Brad Barritt and Jonathan Joseph have finally played together, Tom Wood and Ben Morgan seem to have nailed down starting berths in the back row and the cutting edge out wide looks sharp enough to terrify anyone, given the opportunity.

England have some momentum heading into the tournament and with home advantage there must surely be more to come from Lancaster's men.

Former England and Lions scrum-half Matt Dawson on BBC Radio 5 live: "England are learning. Playing at home will be a huge advantage but they have some tweaks to make. If they are disciplined, and defend like they did against Ireland on Saturday they have got a decent chance come World Cup time." 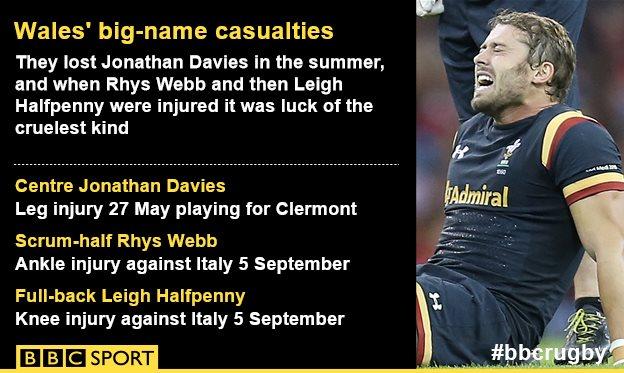 Wins in their last two warm-up games - one against a near full-strength Ireland in Dublin - would have been acceptable for Wales a month ago.

But the injuries to Leigh Halfpenny and Rhys Webb, with both ruled out of the tournament, allied to the unconvincing nature of the 23-19 victory over Italy, mean coach Warren Gatland has a lot to ponder.

He will need already-injured Liam Williams and Samson Lee to pull through and hope Alun Wyn Jones's powers of recovery match his skills as a second row.

With England and Australia lying in wait, Gatland needs his best players fit and firing. That may not be a luxury he can enjoy.

Former Wales and Lions flanker Martyn Williams on BBC Two Wales: "You can't over-emphasise how important Rhys Webb and Leigh Halfpenny are to Wales. The odds are going to be against Wales and it puts a lot of onus on the players coming in to fill some pretty big shirts." 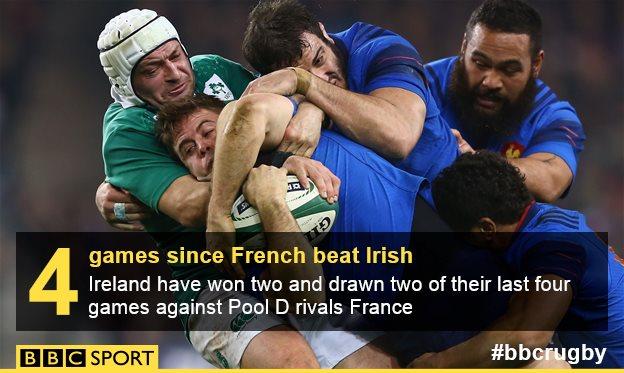 Back-to-back defeats by Wales and England have halted Ireland's momentum on the cusp of the World Cup.

They lacked intensity or any sense of purpose in a dreadful opening 40 minutes against England and although they showed a greater urgency to engage in the second half, these are still troubling times for head coach Joe Schmidt.

His decision to only select two scrum-halves in his 31-man squad was a gamble, and it already looks like the wrong call following Conor Murray's substitution with concussion in the first half at Twickenham.

There was a reluctance, understandably, not to unveil too much of their creative back-line play ahead of the tournament opener against Canada in two weeks' time and Ireland fans will hope they are saving their best for when they need it in the pool stages against Italy and France.

Former Ireland and Lions hooker Keith Wood on Radio 5 live: "Ireland were a bit lacklustre in their defeat by England and they need to focus on what their best team is. They need to wipe the floor with Canada and Romania, and focus on the big games against Italy and France later." 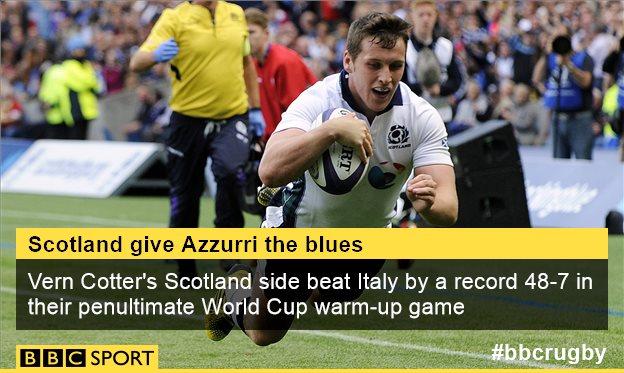 Scotland approach the World Cup with an optimism laced with caution. They look to have significantly upped their physicality since the whitewash in the Six Nations and there is a predatory dimension to the backline that is encouraging.

Predictable for so long with ball in hand, Vern Cotter's team now look like they have players capable of doing damage.

Their warm-up matches brought two credible defeats in Dublin and Paris and two decent wins over Italy, but we have been here before with Scotland - they've fallen on their face in tournament play too often for their apparent improvement to be taken on trust.

Cotter remains focused and fearsome while hoping that the good play he sees in friendlies can be reproduced when the pressure is on.

Former Scotland captain Mike Blair: "In my opinion a good World Cup is qualification for the quarter-finals and a positive performance in the last eight. Scotland have been ranked predominantly 8-10 in the world over the past two to three years so realistically this would mean a good World Cup in my eyes."