Glasgow Warriors back row Strauss, 28, and 29-year-old Edinburgh prop Nel will qualify to play for Scotland later this year under residency rules.

Scarlets flanker Barclay, 28, last featured in a Scotland squad in 2013.

And there are places for the uncapped Hugh Blake, Mike Cusack, Allan Dell, Damien Hoyland and Rory Hughes, with head coach Vern Cotter naming 46 players in his initial squad.

Strauss, Nel and Cusack are all 'project signings'; players recruited by the country's Pro12 teams for a period of three years so they can qualify for the national team. 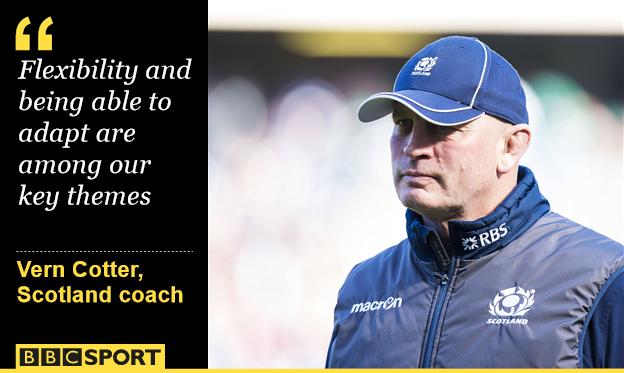 Scottish Rugby banned Wilson from representing his club for three months after being found guilty of assaulting a fellow rugby player and a further suspension for international matches was applied ruling him out until after 23 August.

He returned to Glasgow's starting line-up in Saturday's Pro12 final win over Munster.

The Warriors have 22 players in the squad while Jim Hamilton and Duncan Taylor - Premiership winners with Saracens - also feature.

Castres' Johnnie Beattie and Edinburgh's Dougie Fife are omitted from the squad having played in this year's Six Nations. Scotland finished last with no wins from five matches.

Scotland warm up for the World Cup with an away match against Ireland (15 August), home and away meetings with Italy (22 and 29 August) and another away Test against France (5 September).

Cotter's side are in Pool B with Japan, Samoa, South Africa and United States with their opener against Japan in Gloucester on 23 September.

Nel can play in the pre-tournament Tests while Strauss will only become eligible four days before the Scots face Japan.

"The selection process was made easier by some good performances from a number of players, especially in the latter part of the season," said Cotter, who will need to trim the squad to 31.

"Hopefully the confidence the players have gained from their successes will filter through into the rest of Scottish rugby. We'll need that for this campaign.

"This is not a firmly fixed squad, it's a living document.

"We know that teams play better in the Rugby World Cup, and we want to be one of those teams.

"Every team entering wants to win, but to win a World Cup you first have to qualify from your pool, and that's our major focus: two games in five days [Japan and USA] followed by another in six [South Africa] and another in seven [Samoa].