Saturday's Premiership final between Bath and Saracens sees England fly-halves George Ford and Owen Farrell go up against each other - and the clubs they represent are a reflection of how they both play.

Bath have an all-court style - they are as likely to run in five tries as they are to play a territory game - and they have the ability to do that because of Ford's skill set.

It allows them to run, pass, kick, chase and defend. It allows them every option they want - they just have to take the right one and execute it in order to become difficult to beat.

Saracens are difficult to beat because they rarely take risks. They are solid and dependable and will grind and squeeze until they can put you away.

But a fly-half's performance is made easier or harder by the way their forwards play and the ball that is delivered by their inside nine - and the competition is tough.

Ford owns the England number 10 shirt at the moment and will continue to own it until he has one or two bad games. If I look ahead, there will be games in the World Cup where Farrell might start, but at the moment it would seem a crazy decision to drop Ford. 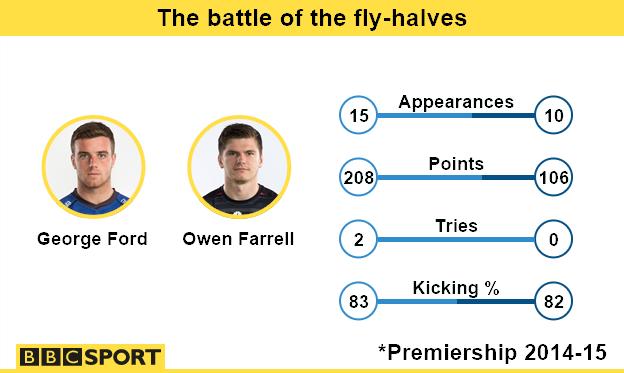 He offers you more in terms of how you can play the game. It is important to keep the scoreboard ticking over, but Ford can get you out of trouble in a number of ways, and Farrell does not have those same abilities at the same level.

Ford is playing extremely well. He's the Premiership Player of the Season and he's been excellent.

But the battle between them in the final is not really one against one, performance against performance. You won't see them come up against each other physically too many times.

A clash of styles

When you compare the records of both sides, looking at the average points scored and the number of tries per game, the end result is actually very, very similar.

Bath have beaten more defenders, made more clean breaks and carried the ball for more metres over the course of the season. All the attacking statistics are in Bath's favour.

But I remember Saracens playing Clermont at Twickenham a couple of seasons ago when everyone was expecting the French side to run in a load of tries. Sarries actually scored six tries themselves and absolutely destroyed their opponents.

They stifled and pressurised Clermont that day - and using that comparison, it is about Bath's composure and execution in attack against Saracens' hard-nosed defence on Saturday. Whoever gets the edge there will win.

Where the game could be won and lost

A big part of it will be how the scrum goes and who gets the superiority and dominance there. The referees sometimes struggle to make it such an even contest because they get conned so easily.

Bath's front six - including replacements - probably edge it over Saracens' front six. It is probably between Paul James and Mako Vunipola in terms of who avoids getting whistled off the park.

It will also be pretty competitive among the wings. Neither of the Bath wings are in the England squad but both of their Saracens counterparts are.

The Sarries boys will want to prove exactly why they are in there and the Bath boys will be saying: "This is why we should be in."

Bath last won the league in 1996 and I would say they are now looking to establish themselves again.

If Bath play like they did when they beat Leicester Tigers 47-10 last week, I do not think anyone can beat them. They defended strongly and they were clinical in attack. It was like watching the All Blacks.

But if they do not execute as well as they can, they will lose. 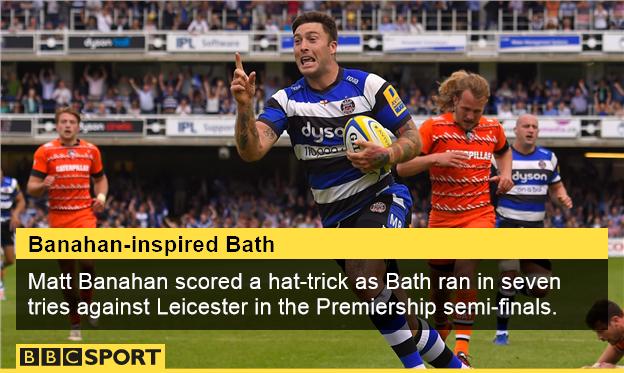 In contrast to Bath, Saracens have been in a few finals over the last few years and have only won one Premiership title - and that becomes wearing, tiring, disappointing and frustrating.

Sarries have an unwavering belief in their ability and style. The "Wolf Pack" is a strong identity for them and I believe they have more players who have had that experience of finals and of winning than Bath. That is just about where they edge it.

Having that experience and that understanding of what is required could be so crucial in what will be a very intense game.