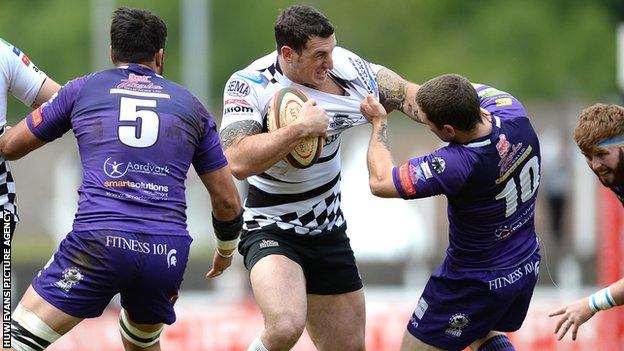 Jake Thomas crossed for the opening try after Simon Humberstone's early penalty had put Pontypridd ahead.

But wing Owen Jenkins sealed victory with an interception try in the final minute of the game.