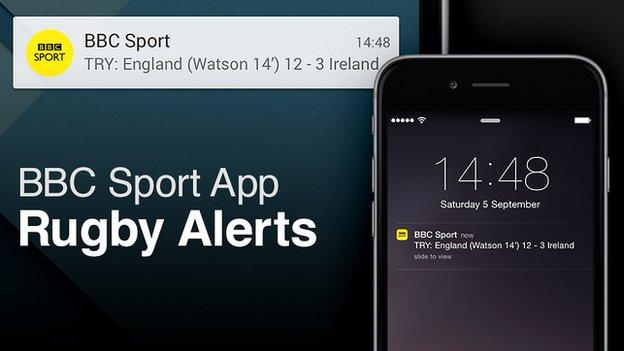 You can follow every kick, try and scrum from Rugby World Cup 2015 on the BBC with our comprehensive live radio and digital coverage.

The BBC has extensive live radio commentary of the event while digital coverage centres around live text commentary on every match on the BBC Sport website and via the BBC Sport App along with live scores and text alerts.

In addition, Matt Dawson's Rugby Show will preview and review the action each week throughout the tournament.

All live commentary will also be streamed on the BBC Sport website, BBC Sport app and BBC iPlayer Radio app.

Fans can also stay across the action by signing up to the new rugby alerts service available on the BBC Sport app. This feature provides the latest line-ups, match starts, score updates and half-time and full-time scores from all the World Cup's competing teams.