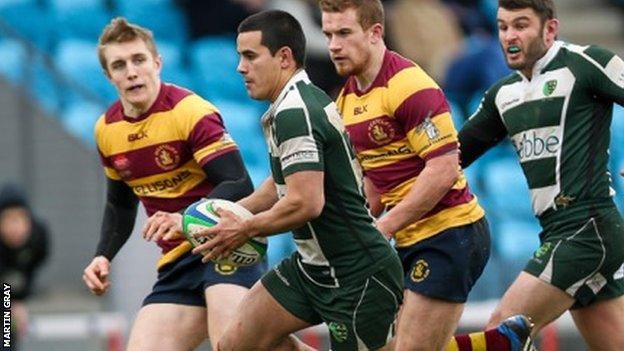 Matt Hema scored two tries and there was one each for Glen Walters, Dave Davison and Malcolm Barnes in the bonus point victory at Footes Lane.

The victory put Guernsey one point behind Westcliff and lifted them to third-from-bottom of the table.

Guernsey must avoid finishing in the bottom three if they are to retain their status for a third season.

And their cause was helped by fellow strugglers Tring and CS Rugby 1863 both losing.

Tring earned a consolation bonus point as they went down 26-23 to Barnes, while CS Rugby dropped to the bottom of the table after a 30-20 defeat by second-placed London Irish Wild Geese.