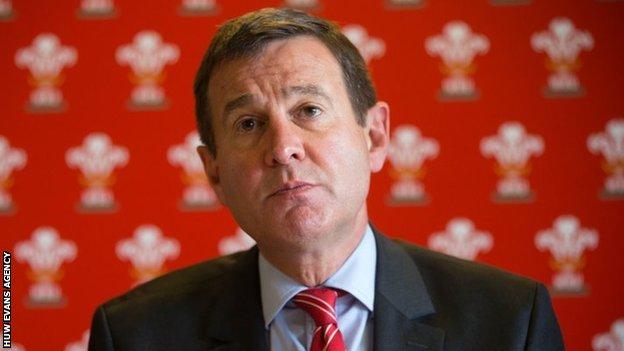 Roger Lewis is to stand down as Welsh Rugby Union chief executive after this autumn's World Cup.

Lewis, 60, was appointed in 2006 and his tenure was marked by historic highs and controversy.

WRU chairman Gareth Davies says the timing of the announcement - in the middle of the Six Nations tournament - allows the governing body "time to find a successor".

Lewis said the time was "right" to step down "after a remarkable period".

It is not known how the WRU will conduct its search for Lewis's replacement. 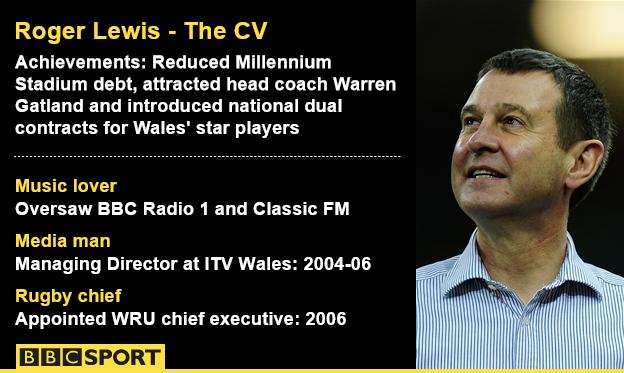 An impressive CV helped Lewis take the role after input from an executive recruitment firm.

He had worked in the music and media industries and his achievements with the WRU include appointing Warren Gatland as national coach.

Gatland has gone on to oversee a third Golden Era that has included three Six Nations titles and a 2011 World Cup semi-final appearance. 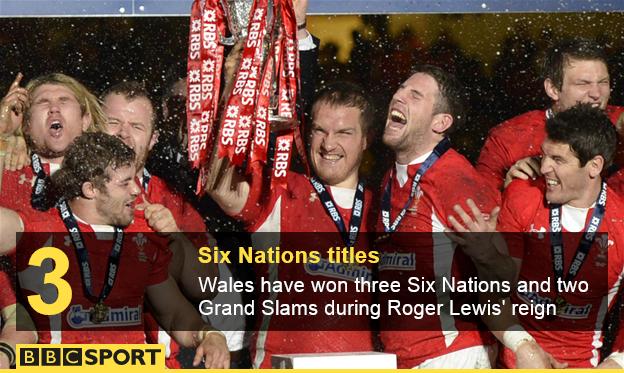 However, there has also been controversy during Lewis' reign.

The WRU's relationship with professional teams Cardiff Blues, Scarlets, Newport Gwent Dragons and Ospreys descended into a bitter and prolonged civil war over governance and funding.

In July, the four regions went as far as offering the WRU the chance to take them over, claiming "The harsh reality is that the WRU has no interest in concluding negotiations with the regions and entering into a long-term agreement for the betterment of Welsh rugby."

As well as being at the helm during that quarrel, Lewis also ruffled feathers with comments made about Wales legend Gerald Davies in the wake of the WRU's elected board surviving a vote of no confidence in June, 2014.

David Pickering was WRU chairman when Lewis took over.

Ex-Wales captain Pickering was voted off the WRU board in September and Gareth Davies succeeded him in the role, having been Dragons chief during the WRU-regions dispute.

In a statement released to announce Lewis's 31 October departure, Davies said: "We recognise the massive contribution Roger has made to the growth of Welsh rugby both on the field and off the field and respect his decision." 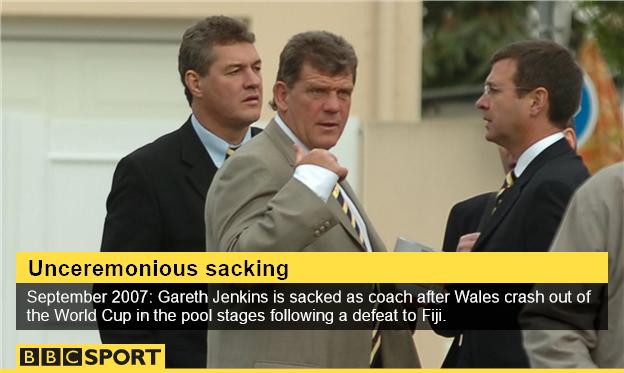 Lewis himself said: "It has been a fantastic and memorable journey both on and off the pitch and I would like to thank the board of the WRU for their backing during some challenging times and for my colleagues who have been unstinting in their support for me both personally and professionally.

"After nine years as group chief executive the time is right for me to move forward and by announcing this in advance now, we are ensuring that the transition can be well managed in the best interests of Welsh rugby.

"I am extremely proud of all that we have achieved together over the past nine years.

"The WRU is now in a strong position to seize the opportunities and face the inevitable challenges of the future and I wish my successor well for the adventure ahead."

Sacking then-Wales coach Gareth Jenkins in the wake of their 2007 World Cup exit in pool match defeat against Fiji was one of the first major decisions made during Lewis's reign.

During his time at the WRU Lewis chaired a campaign for the Welsh Assembly Government to be given more powers.

He has also become chairman of south east Wales "city region," which aims to boost economic growth in the area.