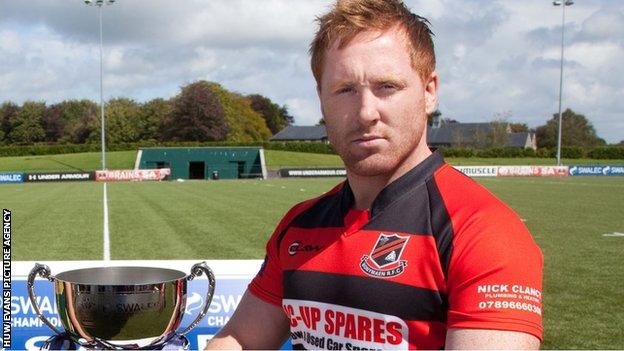 Bonymaen RFC's Nick Clancy has been suspended from all sport for two years after an anti-doping rule violation.

He is banned from all sport until 3 September 2016.

UKAD's Graham Arthur said: "The 2015 World Anti-Doping Code deals severely with those who, like Nick Clancy, choose to intentionally dope."

He added: "Next year, any athlete deliberately seeking to performance enhance will automatically be handed a four-year ban."