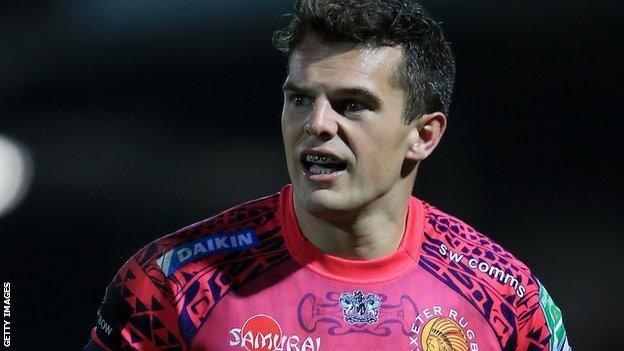 Winger Mark Foster felt Jersey were denied a "clear" try, which would have secured a bonus-point win on Saturday.

The Islanders scored three tries as they

"As far as I was concerned it was a clear try for us," Foster told BBC Radio Jersey.

"It didn't even look marginal. It was a clear line break, great support by Mark McCrea on the outside and he'd have cruised under the posts for the win."

The former Exeter Chiefs back continued: "I think Lewis [Robling] ran an excellent line and two of their guys have gone with him.

"Because it was such an acute gap the referee has obviously brought it back for crossing. How we remedy that, I don't know.

"I don't know what he's been told on how to referee it, so I'll have to look through the footage myself and go through it with the boss."

"It can come down to those crucial moments that make the difference and unfortunately in this case it didn't go our way," head coach Harvey Biljon said of the disallowed score.

"We'll be kicking ourselves because we made error after error at crucial times," he continued.

"You could probably say the performance was there in parts but it wasn't there for 80 minutes. The three tries mean nothing unless you come away with something."