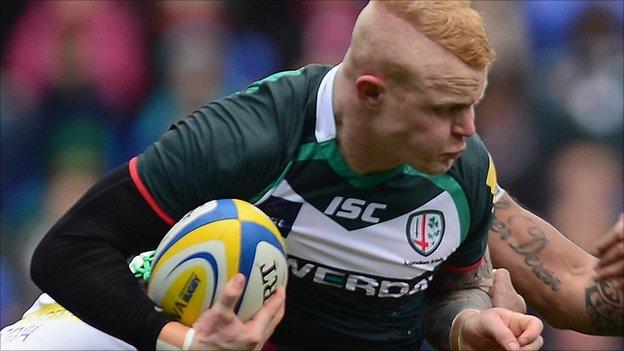 London Irish full-back Tom Homer has been ruled out for up to eight weeks after suffering a knee ligament injury.

The 24-year-old was hurt in the early stages of Saturday's 20-15 defeat by Harlequins at Twickenham.

"It is a setback," said Exiles director of rugby Brian Smith.

"He has had a great pre-season and was chomping at the bit to be back playing. We have an excellent medical and rehab set up at the club and will ensure Tom gets the best possible support."

Homer has been with the Exiles since 2008 and marked his debut by scoring two tries in a 27-14 win over Saracens.

They next visit Newcastle Falcons on Sunday and Smith added: "The back three is a very competitive position at the club and with Tom absent, others will have a chance to stake a claim for the jersey."