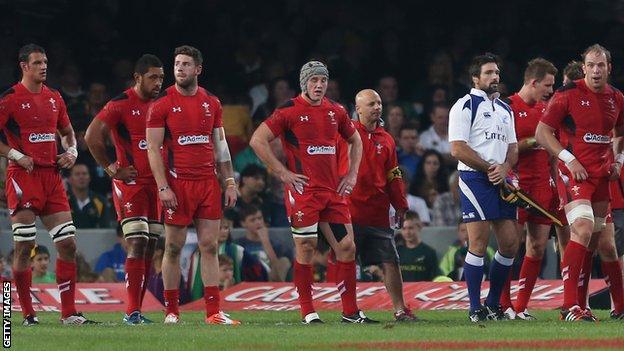 Wales flew from sweaty Durban to the relative chill of Cape Town on Sunday following the 38-16 defeat by South Africa.

As they did so, Warren Gatland's team - coaches and players - faced the cold certainty that if they are to end a 50-year wait for a win over the Springboks in South Africa, then they would have to stage one of the most incredible turnarounds in the history of the sport.

Gatland's weekend started on a high with his appointment as an OBE, but ended with a flight to the shadow of Table Mountain and the task of lifting the players who had been put in the shade by Heyneke Meyer's Springboks at King's Park.

The task facing Wales is in contrast to Meyer, whose week began in chaos and ended in glory.

As Wales flew south to Cape Town, Meyer and his 'Boks headed north to the Low Veld and next Saturday's Test venue Nelspruit.

His week is unlikely to be as fraught as the build-up to the Durban Test.

Having lost several high-profile players to injury - including captain Jean de Villiers - Meyer had to endure the loss of Juan de Jongh, who was taken to hospital with a severe chest infection and the controversial withdrawal of Frans Steyn - one of South Africa's highest-profile and experienced players - for personal reasons.

He has shown obvious pride in the performance of his team against Wales - a display that was ruthless and stylish in equal measure.

His task is to help his players maintain and improve on the standard they set in Durban.

Gatland and his team, on the other hand, need to rediscover the belief and style away from home that brought them Six Nations titles in 2012 and 2013.

Wales have struggled on the road in 2014 - losing heavily to Ireland, England and now South Africa in their last three trips away from the Millennium Stadium.

The task will have started in Durban where post-match - in public at least - Gatland sought positives where few appeared to be available if the scoreboard was a true reflection of what happened on the pitch.

Whether Wales deserved the praise handed out for an improved second half display is open to interpretation. But it was understandable with another week of this tour remaining. 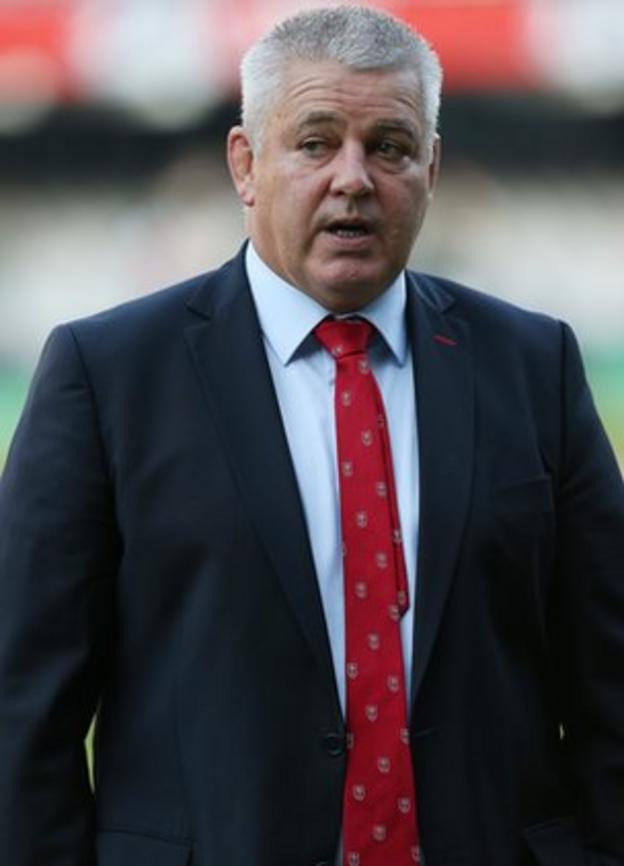 Morale would have been as battered as the bodies and Gatland - in the past not afraid to hand out criticism - decided to accentuate the positive, while acknowledging the Springboks' superiority on the day.

"We said at half-time we needed to be more aggressive off the line defensively and look after the ball and play some rugby," he said.

"I think we did that and I think it was a much better performance in the second half.

"We sent some fresh legs on. I thought Josh Turnbull did well, Gareth Davies at nine look sharp and dangerous while Dan Biggar had a good game.

"I thought we were much better in the second half and showed some real character holding them out towards the end of the game.

"A team with less character potentially would have capitulated and conceded a soft try. We didn't do that and that's something we can take forward to next week."

But the withdrawal of Adam Jones after half an hour of his 100th international for "tactical" reasons raises questions and the physical dominance of the Springboks at the breakdown will give the Welsh party plenty to think about during their three days regrouping in Cape Town.

The coach's comments about the impact of the bench players hint that we can probably expect changes in personnel ahead of the second Test with some big names under pressure.

A team with less character potentially would have capitulated

Wales may also re-think their kicking strategy - or at least improve its execution - if Springbok full-back Willie Le Roux maintains the sort of form shown at Durban.

He comfortably won the aerial battle and was tackled in the air by Jamie Roberts after claiming one "bomb", an incident which led to the British and Irish Lions centre earning 10 minutes on the sideline during which Wales conceded 14 points.

His display led his coach to declare Le Roux the best fullback in the world.

But it's one which the player's display merited - Wales cannot afford to feed Le Roux possession without putting him under genuine pressure.

Wales fly from sea level to the Low Veld on Thursday, by which time Gatland and his coaching and playing teams will have had four days to chew over some difficult material.

Meyer, on the other hand, will have had four days to reflect on the occasional truth that some clouds do have silver linings.

Good things can come from bad, which is something for the travelling Wales fans to cling to.