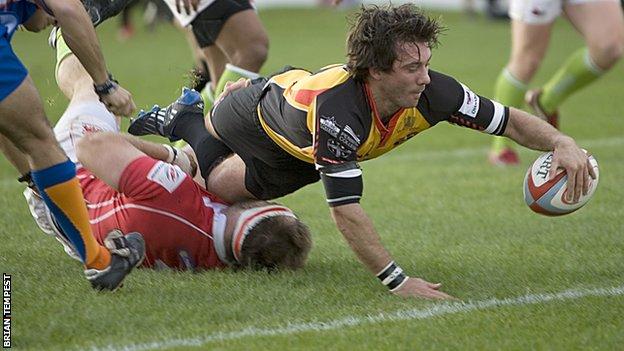 Jersey head coach Harvey Biljon says he has no concerns over the fitness of new fly-half Jonny Bentley.

The 27-year-old after a season at Gloucester.

The New Zealander has played just 12 times in the past three years after suffering a series of injuries.

"While he may not have had the game time he wanted, he's been fit and available for selection over the last eight months and, for me, that means he's a fit player," Biljon said.

The Jersey boss worked with Bentley while the pair were at the Cornish Pirates, where Bentley helped the club win the 2010 British and Irish Cup and make the 2011 Championship play-off final, which they lost to Worcester.

But injuries to his Achilles and abductor meant he played just four games for the Pirates between May 2011 and the summer of 2013 when he left the Mennaye.

He played twice for Gloucester last season as he battled for game time with England internationals Freddie Burns and Billy Twelvetrees, and made six appearances on loan at Leeds.

"When Jonny got his initial injury he had the operation and that wasn't successful, so he went through a whole rehab process and it wasn't right," Biljon told BBC Radio Jersey.

"He had to go back and have another operation and go through that process again which was very unlucky.

"He said it's taken about three years and he didn't believe himself that his body was going to be in the position it is now where it's fresh and good and raring to go again.

"He's fit, he's been fit to play for Leeds and fit and available for selection while he's been at Gloucester."