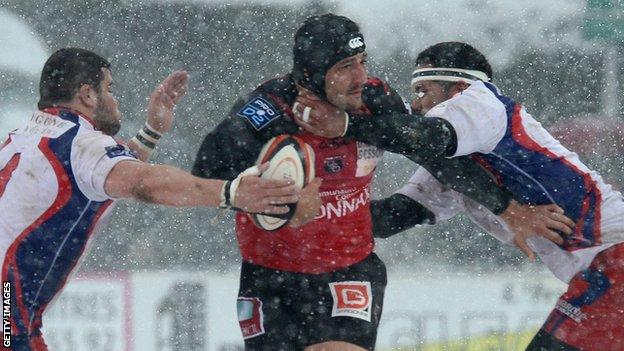 The 29-year-old back-row forward, who has also played for Scotland A, has signed a two year-contract.

Newlands helped Oyonnax win promotion from the second tier before playing 15 times in the Top 14 and European Challenge Cup.

Newlands played for Border Reivers and Edinburgh before heading for France in 2011.