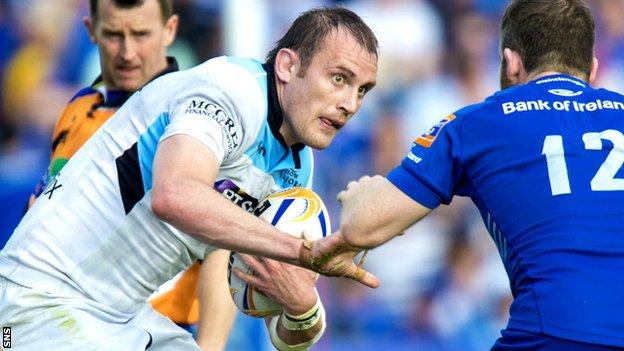 Glasgow Warriors captain Al Kellock has undergone shoulder surgery and is expected to be out of action for "several months".

The 32-year-old was left out of Vern Cotter's first Scotland squads for matches against Canada, United States, Argentina and South Africa.

But the forward then played in Warriors' 34-12 Pro12 final defeat by Leinster in Dublin on Saturday.

Now he has had an operation at Ross Hall Hospital in Glasgow.

Scottish Rugby had pointed out when Kellock was overlooked that there were some players who were not named in their tour squad who had opted to have surgery during club rugby's summer break.

Warriors said in a statement: "A number of other players are currently being assessed by the club's medical team following Saturday's Pro12 final in Dublin.

"Glasgow Warriors would like to thank the Leinster team doctor Professor John Ryan and all the staff in the A&E department of St. Vincent's Hospital in Dublin for all their help following the game."