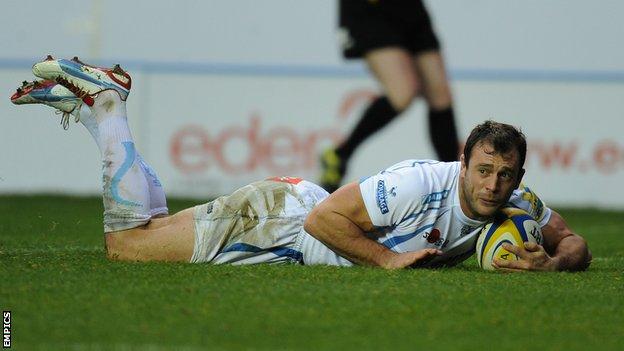 Full-back Luke Arscott has joined Bath on a two-year deal following his departure from Exeter Chiefs.

Arscott still had a season left to run on his deal at Sandy Park but asked to leave for personal reasons.

"We had a gap in the squad for a more experienced out-and-out full-back, and Luke fits the bill perfectly," said Bath head coach Mike Ford.

"He's got all the attributes you'd expect, and he'll be a very good fit at the club."

Arscott will replace Nick Abendanon, who has left The Rec to join Clermont Auvergne.

"I'm very excited by the opportunity to join Bath, and I'm looking forward to linking up with the squad for pre-season," added Arscott.

"You can see how much they have developed this year, and the potential that is still there, so it will be great to be part of that going forward into the new season."