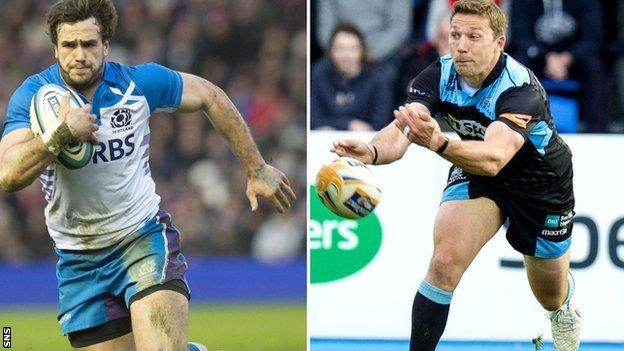 Alex Dunbar and Chris Cusiter are out of Scotland's opening tour match against the USA after picking up injuries in Glasgow's 34-12 Pro12 final defeat by Leinster on Saturday.

Grayson Hart and Mark Bennett, both uncapped, will now join the squad in Texas for next Saturday's Test match.

Cusiter suffered a head knock in the Warriors' 34-12 defeat and Dunbar picked up a hip injury.

Both will remain in Scotland for further assessment.

The Scots face Canada in the second match of their summer tour on 14 June, before matches against Argentina and South Africa.

The tour is new head coach Vern Cotter's first with the national side.