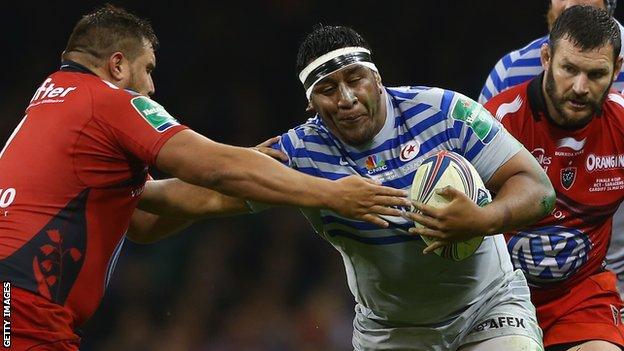 Saracens prop Mako Vunipola will miss England's tour of New Zealand after having knee surgery and being ruled out until next season.

He will also miss the Premiership final against Northampton after dislocating his right knee during the 23-6 Heineken Cup final loss to Toulon last weekend.

Harlequins' Joe Marler, 23, is doubtful with a hip complaint.

Corbisiero will not tour this summer having only just returned to playing for Northampton after long-term knee trouble.

Uncapped Bath prop Nathan Catt, 26, has been added to England's squad as late cover in the initial group of tourists that flew out to New Zealand on Tuesday.

Wasps' loosehead Matt Mullan, who has won three caps, is set to start England's first Test against the All Blacks unless Marler is fit.

Meanwhile Dylan Hartley has been named among Northampton's replacements for Saturday's Premiership final at Twickenham.

The 28-year-old has not played for two months with shoulder trouble, and his return indicates he will be ready to fly out to New Zealand with the second wave of tourists on Monday.

England play a three Test series against the All Blacks, beginning on 7 June at Eden Park in Auckland.

Vunipola has 15 caps for England and in 2013 was selected for the British and Irish Lions tour to Australia, playing in all three Tests.