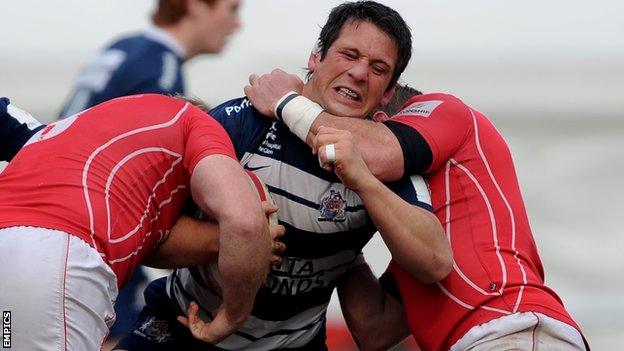 The 34-year-old lock, capped 13 times for his country, has spent the last nine years at Bristol.

He has made 154 appearances since his debut against Coventry in 2005.

"His commitment, leadership and the pride he shows in everything he does, makes him a fine ambassador to the club," director of rugby Andy Robinson told the club website.

Sambucetti signed a new one-year deal at the Memorial Stadium last season, but has only featured in cup games for his club this term.

His retirement will not come into effect until after the second leg of Bristol's Championship play-off decider against London Welsh, but it is unlikely he will play in that game.

"He's a real servant to Bristol and puts his body on the line every time he plays," added Robinson.

"This season, Sambu has shown our young players about what it means to play for the club. He's been a pleasure to work with."