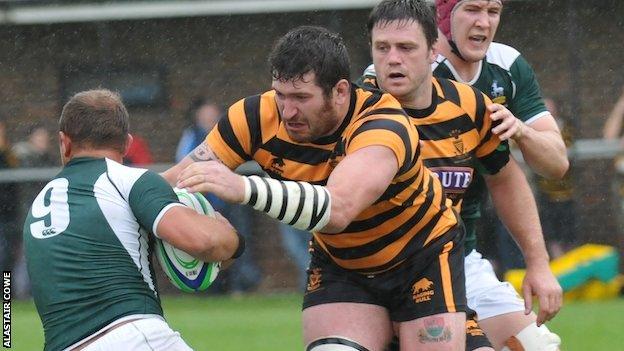 England Counties boss James Shanahan says Cornwall's forwards must take control if they are to beat Lancashire in the County Championship final.

The Duchy at the same stage 12 months ago, but are unbeaten under new boss Graham Dawe.

"If Cornwall can control the field position and the possession then I believe they've got a chance," he said.

"But if it gets loose, with the tempo Lancashire can play at, it will be a tough day for Cornwall."

Shanahan has found Cornwall's run to the final under Dawe eye-catching, especially their forwards, three of whom have been selected by Shanahan for the England Counties tour to Georgia next month.

"I was impressed by how well the Cornish controlled the game," he told BBC Sport.

"They're very strong up front with a good scrum, good set piece, and a great drive game. They really squeezed Hertfordshire last week and didn't allow them to play any rugby.

"Hopefully the Cornish boys can step up this year after they did so well last year."