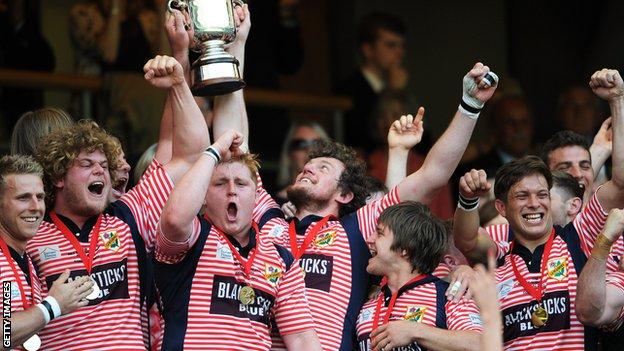 Lancashire coach Mark Nelson believes his side's experience of playing in big games at Twickenham will have no bearing on their County Championship final against Cornwall.

And the defending champions will be appearing in the final for the sixth consecutive year.

This is as special to me as the first one. You've got to treat them all as if they are your last

"Experience has a limited effect. Cup finals are taken on their own merit.

"This is as special to me as the first one. You've got to treat them all as if they are your last.

"I want the players to relish the prospect of playing in a final at Twickenham, which very few players get the chance to do."

Lancashire, county champions on a record 22 occasions, have lifted the Bill Beaumont Cup in four of the last five years and will appear in their 10th final in 12 years on Sunday.

Last year's encounter with Cornwall, who were last county champions in 1999, was in the balance until Ben Rath's late try sealed victory for Nelson's side.

"That was really nip-and-tuck and we're expecting another massive challenge from Cornwall," added Nelson.

"But our lads are really up for it. We're looking to rise to that challenge and put a big challenge in of our own."