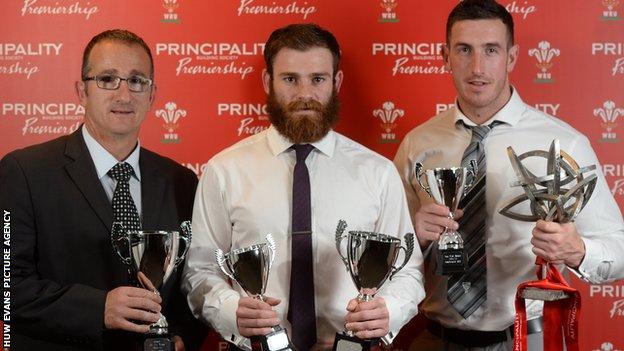 Paul John, also part of the Cardiff Blues coaching team, won the coach of the year award with full-back Geraint Walsh named player of the year.

Walsh also won the try of the season award for his try against Llandovery and was among three Ponty players included in the Premiership Dream XV.

The Sardis Road club has the best discipline record having picked up the least yellow and red cards.

The Best Newcomer award went to Cross Keys flanker Scott Matthews who is currently in New Zealand with the Wales Under 20 squad ahead of the Junior World Championship.

Gwyn Morris was voted referee of the season by the Principality Premiership coaches.

The Unsung Hero award was awarded posthumously to Byron Mugford, the former Swansea player and honorary secretary, and secretary of the Premier Division who passed away in October 2013.