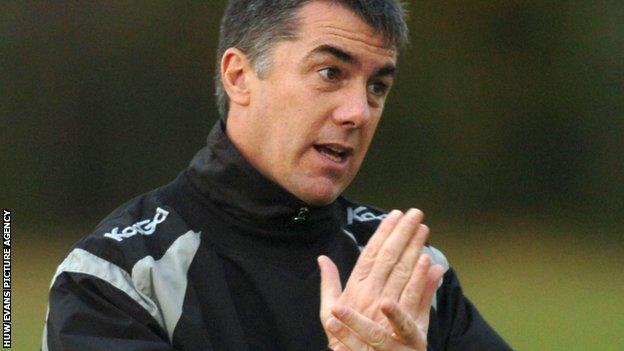 The 51-year-old leaves Rugby Canada, where he was employed as high-performance director in 2006 and then served as sevens head coach from 2010.

John, from Haverfordwest, takes over from Michael O'Connor and will lead Australia Sevens into the 2014 Commonwealth Games in Glasgow.

"We have many big challenges ahead in the coming months," John said.

"But a challenge is something I thrive on. Michael [O'Connor] has left behind an extremely talented squad.

"It is one of the youngest in the World Series and they're continuing to improve. I am looking forward to meeting them on an individual basis and as a group next month."

"Australian rugby is steeped in history and, in my opinion, the role of men's Sevens head coach is one of the best team jobs in the sport.

"While the prospect of coaching at the Olympics is an extremely appetising one, for me, the next tournament is always the most important.

"My first priority is to prepare and work with the players and to get to know them at the centralised base and then in competition at the Commonwealth Games in Glasgow in July.

"However, I am under no illusion that one of the key targets of the ARU [Australian Rugby Union] is for the men's Sevens team to secure a gold medal in Rio."

John's playing career included representative honours with Wales A, Wales B and selection for the Barbarians, before he moved into coaching in 1992 and spent six years with Cardiff RFC and the Blues as assistant coach.

The former Sir Thomas Picton School pupil also served as Wales skills coach under Graham Henry from 1999-2001 and had a spell as head coach of the Wales Sevens team.