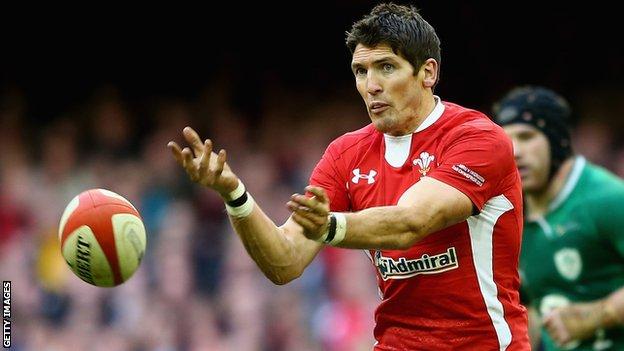 The 28-year-old, who can play fly-half, full-back or centre, had held talks with former team Ospreys.

But it now seems that English Premiership side Gloucester will sign the 75-times capped Wales player.

Hook signed a four-year contract extension with Perpignan in September, 2013, but has a get-out clause after the French club's Top 14 relegation.

The former Neath player left the Liberty Stadium to join Perpignan in July 2011, citing the wish to play regularly at fly-half as a major reason.

Hook impressed for Perpignan, earning many admirers in France and becoming the Catalan club's captain.

But as at Ospreys and with Wales, his versatility ensured he has also played much of his rugby in the French Top 14 at full-back.

However, with Freddie Burns leaving Gloucester to join Leicester the Cherry and Whites are in need of more experience at fly-half.

Hook, who was a call-up to the 2009 British and Irish Lions tour to South Africa, had also been linked with newly promoted French side Lyon, as well as English outfit London Irish.