Captain Ben Hilton claimed the only try of the game as Cornwall won their decisive county championship clash at Hertfordshire, a result that takes them to the Twickenham final.

In wet and blustery conditions Hertfordshire started strongly some elusive back play led to a penalty that Lawrence Rayner kicked to take an early lead.

Cornwall immediately responded with a driving maul from 20 metres out, with the skipper claiming the try. Kieron Lewitt converted but another penalty from Rayner closed the lead to just one point at the halfway stage. 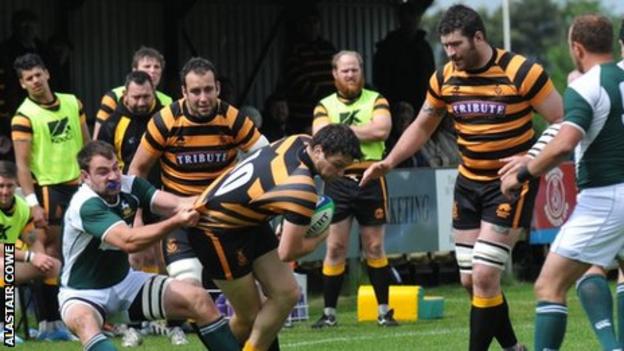 For much of the second half the hosts had possession but struggled to make any headway against a determined Cornish defence.

Lewitt kicked a penalty after 50 minutes for Cornwall, only for Rayner to do the same a minute later, making the score 10-9.

Five minutes later Cornwall won another penalty, and successfully kicked it for the final score of the game to make it 13-9.

A huge cheer went up at the end of the match with a vocal travelling support outnumbering their Hertfordshire hosts. Cornwall now travel to Twickenham for the final where they will play Lancashire in a repeat of last year's final that Lancashire won.