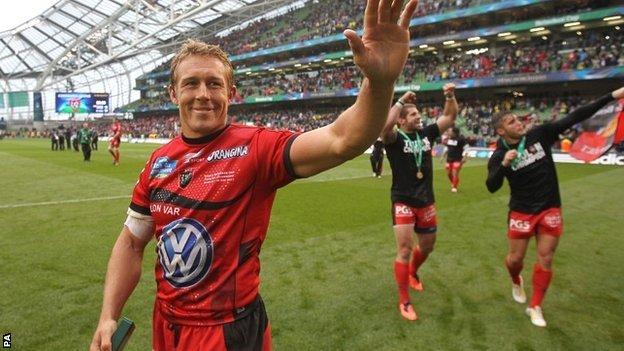 Toulon fly-half Jonny Wilkinson is one of five contenders for the European player of the season.

Wilkinson, 34, will retire from rugby at the end of this season and is one of three English players up for the award, alongside Toulon back-rower Steffon Armitage and Saracens winger Chris Ashton.

All five are set to feature in the Heineken Cup final on Saturday.

Wilkinson, who kicked England's winning drop goal in the 2003 World Cup final, will then play in the French Top 14 final against Castres the following weekend before he ends his 17-year professional career.

The European player of the season will be named shortly after the final.