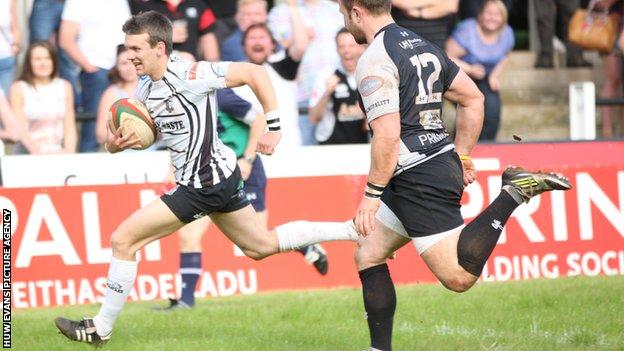 But Keys failed to take advantage and Williams came back on to score with number eight Dan Godfrey and Jordan Sieniawski also crashing over.

Nathan Trowbridge and James Ledbeater scored twice for the Gwent side.

It is the second final this season Keys have lost to Paul John's side having been beaten 21-8 in the Swalec Cup final.