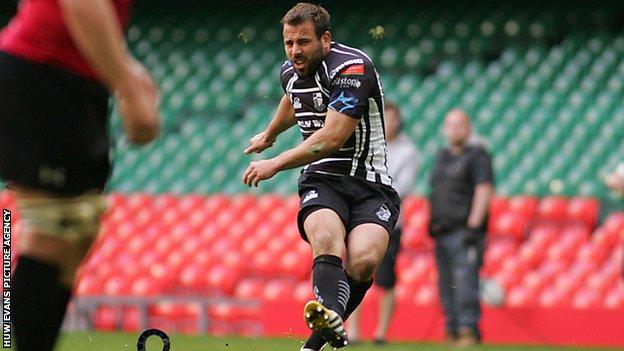 Pontypridd won the Swalec Cup for a second successive season with a hard-fought final win over Cross Keys at the Millennium Stadium.

Fly-half Simon Humberstone contributed 11 points with a conversion, two penalties and a drop-goal.

Keys had a late try disallowed for a knock on, and saw full-back Steffan Jones miss four kicks at goal.

Owen Morgan, Josh Flye, Osian Davies and Gareth Way hit back for the Ironmen and Steve Lang kicked a conversion.

Louis Miller and Chatwin, going over for his second try for the Squirrels, took them back to within three points and that is how it stayed.

Oliver Jenkins kicked two penalties and Paul Davies went for their try, converted by Jenkins who went on to add a third penalty.