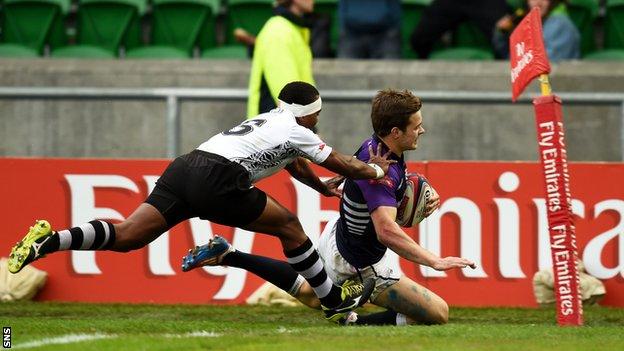 New Zealand ran in eight tries in their 54-7 Cup final defeat of Canada.

Earlier, the Scots - who lost to the Canadians in the semi-finals - lost the third and fourth place play-off 17-10 to Fiji despite Chris Dean's try.

England won the Plate final by beating Kenya 26-5, France defeated Argentina 20-14 to take the Bowl and Wales won 29-12 versus Japan to claim the Shield.

Scotland had reached the last four of the Cup for the third time by beating South Africa 12-7, with Richie Vernon and Scott Riddell going over.

The IRB Sevens World Series concludes next weekend in London, with New Zealand 21 points clear at the top of the standings going into the final event.