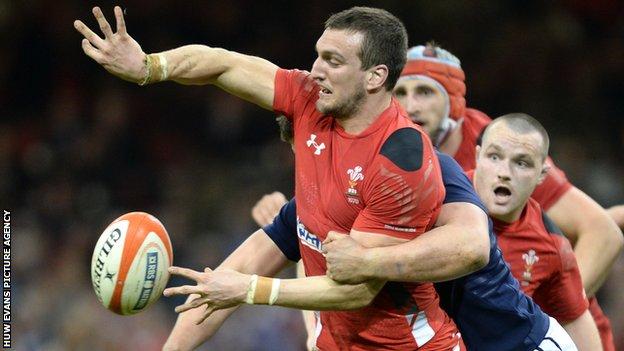 Wales captain Sam Warburton says his shoulder injury could be a blessing.

The 25-year-old Cardiff Blues flanker dislocated his shoulder in the 51-3 Six Nations win over Scotland and will miss the summer tour to South Africa.

But the 2013 British and Irish Lions skipper believes his enforced rest could benefit him in the long term.

"It'll be the first time I'll have a good two and a half months pre-season since maybe 2009 when I first came through," Warburton said.

"I think for the long term it could be quite a good thing for me and come September I'll be raring to go."

Although surgery to repair Warburton's injury has been delayed, he hopes to be back in training within the 12-week period first suggested.

"The operation was due for the Friday after the [Wales-Scotland game]... but I have to wait until I get a certain range of movement in my arm before they can operate," Warburton added.

"Now it's been rescheduled for Thursday this week, so I'm definitely going under the knife. The physios can pass you fit on 12 weeks hopefully, which takes me on to the middle of June.

"After that they hand you over to the conditioners and it's on to my pre-season then."

Wales will also travel to South Africa without full-back Leigh Halfpenny, who injured his shoulder in the in the 29-18 loss to England.

Warren Gatland's side will play the Springboks in two Test matches, in Durban on 14 June and Nelspruit on 21 June.