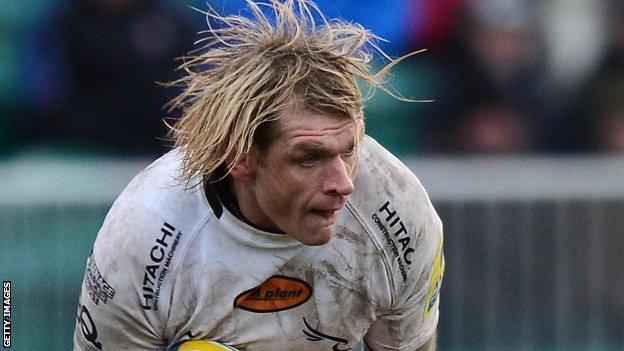 Lock forward Scott MacLeod has extended his contract with Newcastle Falcons until the end of next season.

MacLeod, 35, was signed from Kobe Steelers in 2012, and played a key role in helping the Falcons return to the Premiership last term.

The 24-times capped Scotland international has made 16 appearances in all competitions this season.

Director of rugby Dean Richards said: "Scott's expertise at the lineout is invaluable in the Premiership."

MacLeod said: "Newcastle Falcons is a club that has big plans for the future and I want to be a part of what it is striving to achieve under Dean Richards.

"Since joining Newcastle in the summer of 2012 I've enjoyed every minute of my time at the club, and I can't wait to get stuck into Sunday's game against Worcester."