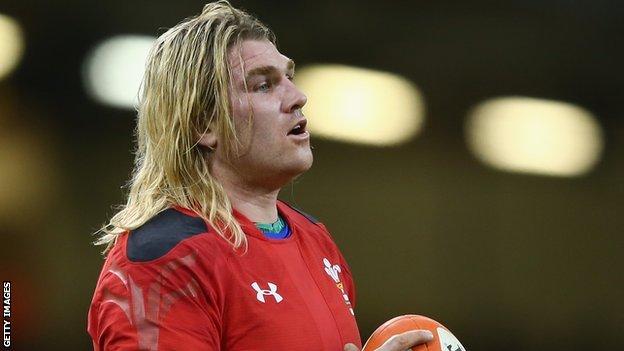 Wales could be without Ospreys hooker Richard Hibbard for their two-Test June tour to South Africa.

Hibbard, 30, has undergone shoulder surgery and as he joins Gloucester for the 2014-15 season, Ospreys say he "is likely to have played his final game for the region".

It is in Richard's best interests to get this issue resolved

Ospreys medical boss Chris Towers said: "It is unlikely he will play again between now and the end of the season."

The Neath-born player has won 31 Wales caps, having made his Test debut against Argentina in Puerto Madryn in 2006.

Ospreys medical performance manager Towers added: "Richard has an ongoing shoulder problem that has been troubling him, and after returning to the region this week he feels unable to continue playing.

"It is in his best interests to get this issue resolved."

Full-back Halfpenny - another star of the 2013 Lions' 2-1 Test series win over Australia - was ruled out of the Scotland encounter after dislocating a shoulder in Wales' defeat at Twickenham.

That injury also ended Halfpenny's time with Cardiff Blues as he departs for Toulon for next season.

And Wales and Lions skipper Warburton suffered his dislocated shoulder late on against Scotland, ruling him out of the rest of the Blues' campaign.