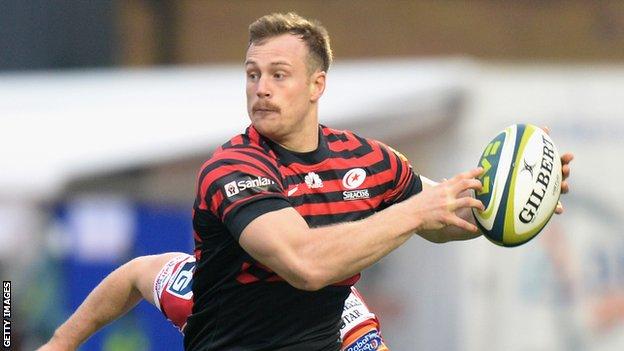 London Irish have announced the signing of Saracens winger James Short on a two-year deal.

The 24-year-old, who had been on loan at Wasps, has scored 12 tries in 54 appearances since making his debut for Saracens in November 2010.

He scored the only try in the 2011 Premiership final as Saracens defeated Leicester at Twickenham.

Short said: "I have thoroughly enjoyed my time at Saracens and winning the Premiership in 2011 was a real highlight.

"However, I feel it is time for a new challenge and the chance to join London Irish is a perfect opportunity for me."