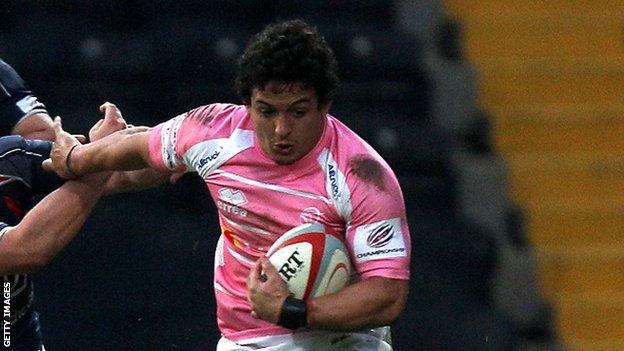 Formerly with Nottingham, Socino, 25, hopes playing for Newcastle in the Premiership will enhance his chances of playing for his country.

He is currently the leading scorer in the Championship with 261 points.

The duo played prominent roles in the England U20 Junior World Cup success of last year, with tight-head prop Wilson earning a call-up to the England Saxons squad this term.

Sheffield-born second-row Barrow made his Premiership debut against Bath at Kingston Park on the opening weekend of the current campaign.

Falcons director of rugby Dean Richards said: "I'm delighted to have secured the services of two of our most promising youngsters in Dom and Scott, and Juan Pablo is a quality acquisition as we build for the future."