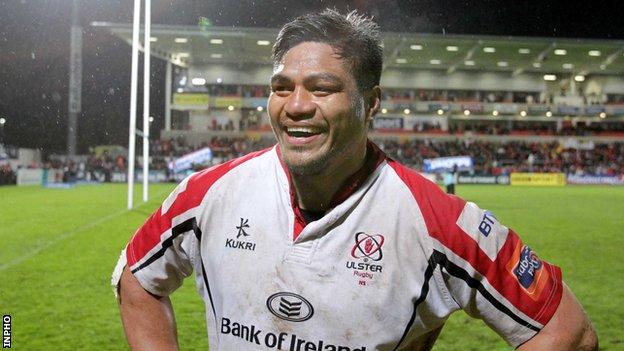 Ulster forward Nick Williams has returned to training after an internal disciplinary process which followed an "alleged unauthorised absence".

Ulster released the news in a brief statement on Wednesday afternoon.

Williams's future with the province had been thrown into doubt when he missed the recent Pro12 win over Treviso in Italy after returning to New Zealand.

The back-row forward was subsequently not considered for selection for the next Pro12 game against the Dragons.

Williams signed a contract extension with the Irish province in October, which secured his services until the summer of 2016.

The Kiwi has made a huge impact since signing for Ulster in June 2012 and his impressive performances last season led to him being named Pro 12 players' player of the year.

The New Zealander, 30, was also voted as Irish players' player of the season.

The barnstorming back rower has made 10 appearances for Ulster this season despite his availability being curtailed by injury.