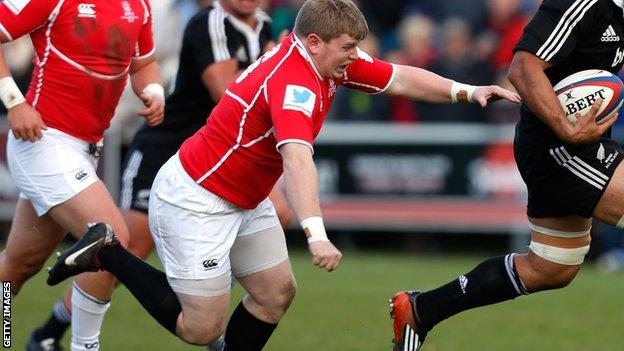 Plymouth Albion have signed London Scottish hooker Ted Stagg for next season, with Gareth Evans set to leave the club.

Stagg, 24, has made 12 league appearances for the Exiles this season and has also been on loan at Richmond.

Evans is set to become player/coach at Okehampton RFC next season.

The 32-year-old, who can play at hooker, prop or in the back row, is in his second spell with the club but has combined his rugby with his career as a Royal Marine.

He will replace Brett Luxton, another former Albion player, at the helm at Okehampton.

Shanahan said Stagg's arrival was a real boost for the club.

"Ted has got a lot of experience in the Championship," he said. "He is good in the set-piece, is a very good carrier of the ball and I'm really looking forward to working with him."

Stagg added: "I'm very excited to be moving down to Plymouth and working with James Shanahan, who has a lot of ambition for the club."