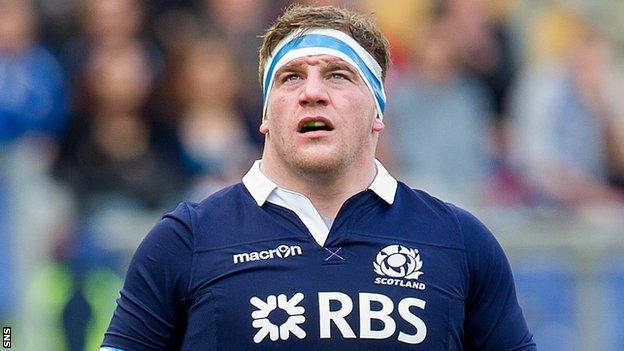 Moray Low will replace Alasdair Dickinson on the Scotland bench against France after the Edinburgh prop failed to recover from a leg injury.

Glasgow's Low, 29, will earn his 27th cap should he come on during the Six Nations match at Murrayfield.

Dickinson, 30, had been named in coach Scott Johnson's line-up despite being injured against Italy last weekend.

"Dickinson has not recovered sufficiently from the calf injury," said a Scottish Rugby statement.