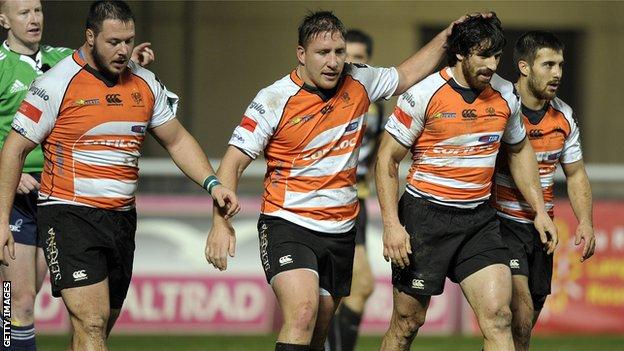 Italy will continue to have two teams competing in the Pro12 after an agreement was reached on Thursday.

The Italian Rugby Federation [FIR] had said it intended to withdraw Treviso and Zebre from the Pro12 and enter them in an eight-team Italian League.

But a meeting between FIR and the Welsh, Irish and Scottish Unions ensured the participation of two Italian teams for the next four years.

It is not yet confirmed if Treviso and Zebre will be those two teams.

At the meeting it was also agreed that FIR will join Celtic Rugby as an equal partner from 1 July 2014.

The Celtic League became the Pro12 when teams from Italy joined in 2010, playing alongside four Welsh, four Irish and two Scottish sides.

A statement on the Pro12 website said that: "The agreement between FIR, SRU, WRU and IRFU will be officially signed in due course."