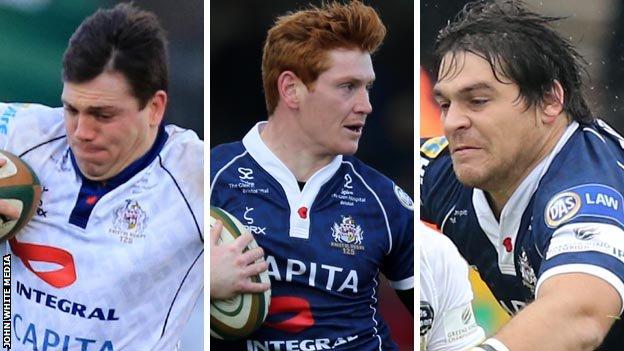 Argentina international Cortes, 28, joined the West Country outfit in 2012 and has made 27 appearances.

Academy product Tovey, 23, has played 90 first-team games but has been hit by injury this season.

Both have committed to one-year deals while Townson, 27, has agreed a two-year stay at Bristol.

He joined the club in 2011 and has made 21 appearances this term, scoring one try.

The contract extensions come after Bristol announced the signing of seven players for next season's campaign.