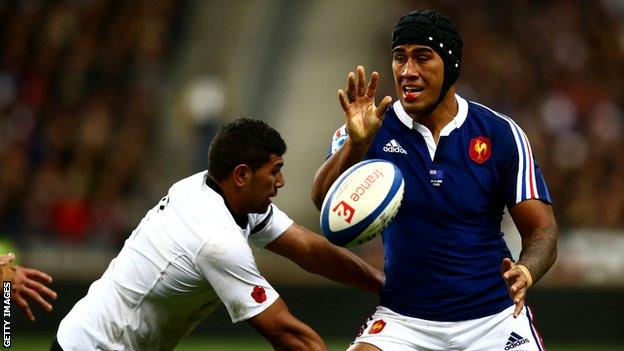 France coach Philippe Saint-Andre has made seven changes ahead of the Six Nations encounter against Scotland at Murrayfield.

The French will boast a fresh back row with Sebastien Vahaamahina, Alexandre Lapandry and Damian Chouly brought in following the defeat by Wales.

Clermont centre Fofana was ruled out of the match against Scotland after fracturing a rib during the loss to Wales.

Number eight Louis Picamoles, who was dropped for mocking the referee in Cardiff, and injured fellow Toulouse forward Yannick Nyanga are also absent.

France are tied with holders Wales, Ireland and England on four points after three matches, while the Scots recorded their first Six Nations win of 2014 away to Italy.

The French head to Edinburgh on the back of seven consecutive victories over Scotland since they suffered a 20-16 reversal in 2006.